Jason Graber is a Battalion Fire Chief with the Metropolitan Washington Airports Authority Fire and Rescue Department.  Graber has been with MWAA since 2003 and served in various roles of progressively responsibility during his career including Firefighter, Firefighter/Technician and Captain.  Graber has been a member of the ARFF Working Group since 2004 and served as the Sectional Manager of Section Two and is currently the Education and Training and affairs office.  Graber has served on the ARFF Working Group Board of Directors since 2012 and has filled the positions of Secretary, 2nd Vice Chair and 1st Chair during his time on the Board.

Graber has been in the fire service since 1998 serving stints as a volunteer firefighter and officer with the Darien Volunteer Fire Company in Genesee County, New York and the Leesburg Volunteer Fire Company in Loudoun County, Virginia.  He holds an Associate’s Degree in Criminal Justice from SUNY Canton, a Bachelor’s Degree in Fire Administration from Bowling Green State University and is currently pursuing his Master’s Degree in Public Administration from the University of Nebraska at Omaha. 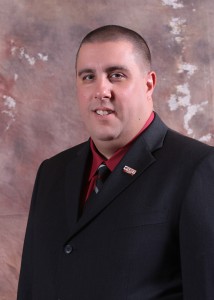