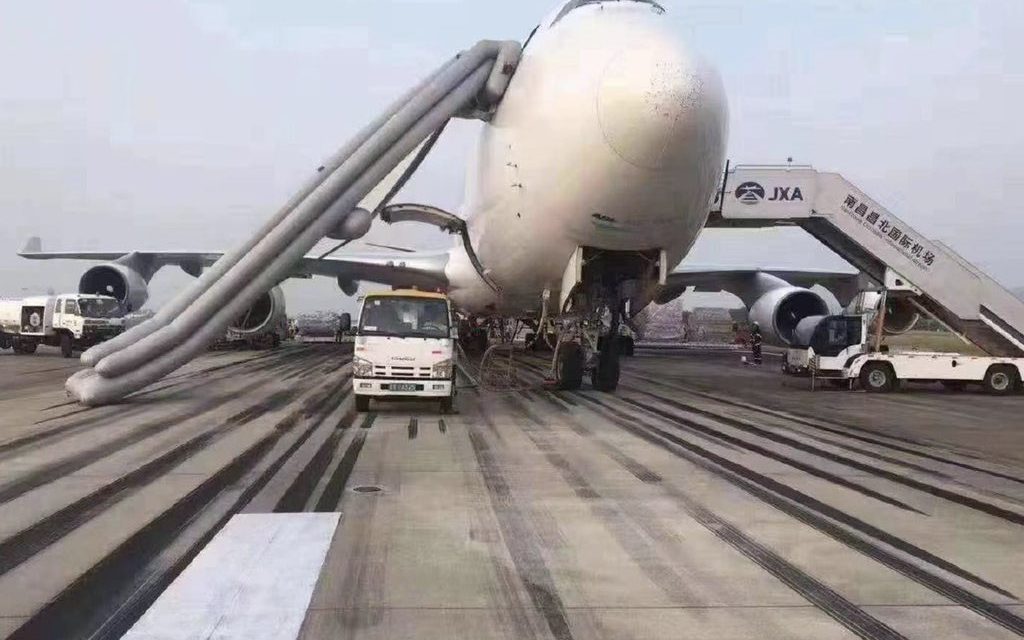 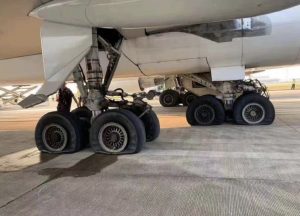 off for the Nanchang – Liege flight due to excessive braking when the pilots canceled the departure for an unknown reason.

14 landing gear tires were learned to explode. Due to the incident, the remaining aircraft on the runway, the airport ARFF emergency crews intervened in the runway until the plane was taken off the runway landing and take off pilots were evacuated from the aircraft with an inflatable boat called slide said.