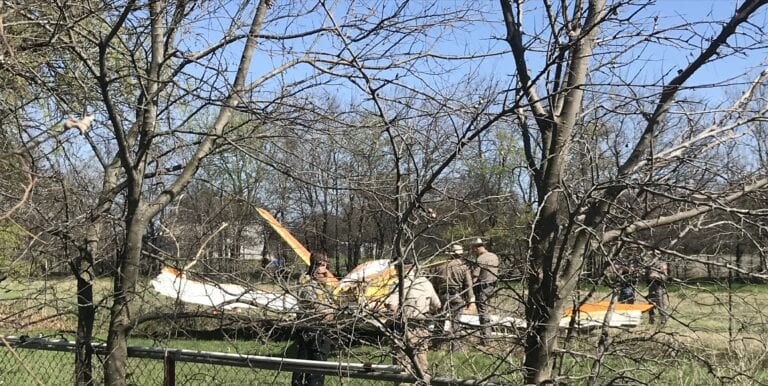 Two occupants of a single-engine plane were taken to local hospitals following a plane crash near the Bridgeport Airport Friday afternoon.

The crash was reported around 3:30 p.m. between Bridgeport and Runaway Bay just south of U.S. 380.

First responders arrived on the scene to find the Beechcraft Bonanza plane belly-down in the backyard of a home on the south side of U.S. 380, just north of the runway at the airport.

“Preliminary investigation indicates a Beechcraft aircraft was approaching the airport to land when the aircraft clipped some trees and went down short of the runway,” said Sgt. Ricky Hunter, spokesperson for the Texas Department of Public Safety.

Two men, ages 78 and 76, were the plane’s occupants and sustained undisclosed injuries. Their identities and conditions have not been released by investigators.

One occupant of the plane was flown to a Metroplex hospital while one was taken to a hospital by ground ambulance, according to law enforcement on the scene.

The Federal Aviation Agency (FAA) and National Transportation Safety Board (NTSB) will investigate.

A pickup that was eastbound on U.S. 380 also crashed after apparently seeing the plane go down, but when the driver tried to pull off the road, the truck crashed into a culvert. One person from that vehicle was taken by ground ambulance to a hospital, according to law enforcement. 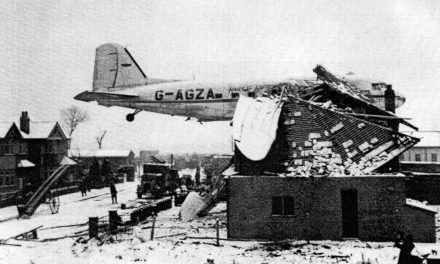 This Day in History… 76 years ago 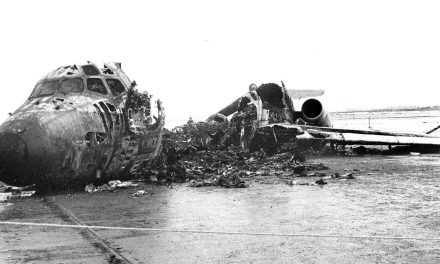