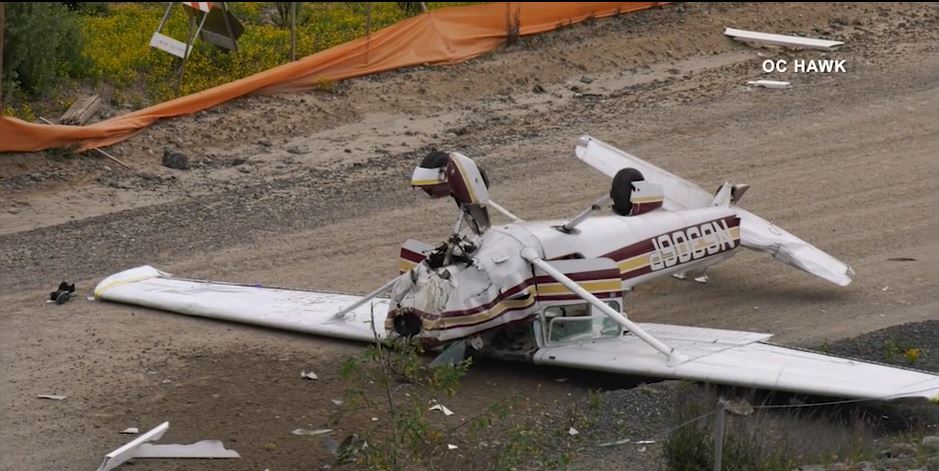 A pilot and passenger were injured Sunday, April 19, when the single-engine plane they were in crashed and flipped over a short distance from Corona Municipal Airport, firefighters said.

There was no fire from the 10:48 a.m. crash on a service road southwest of the airport. The pilot had moderate injuries and the passenger, who was walking outside the aircraft after the crash, had minor injuries, said Corona Fire Department spokesman John DeYoe.

The pilot and passenger, whom DeYoe described as men in their upper 50s, were hospitalized. The airport remained in operation, DeYoe said.

The plane was engaged in a training exercise, DeYoe said. “They were doing two touchdowns (landing-and-takeoffs) and on the second touchdown they came around and they lost power and nosed into a service road … the plane then flipped over onto its top,” he said.

Because there was no fire, the first fire engine at the scene had trouble finding the downed aircraft, which was outside the airport property, DeYoe said.

A drone from the Corona Police Department was sent airborne, and its camera spotted the downed craft, DeYoe said. “There’s a lot of things you can utilize those things for,” he said.

The plane’s registration with the FAA said it is a Cessna 152 based in Corona, with the notation “sale reported” in place of an owner’s name.

DeYoe said the National Transportation and Safety Board was not sending an investigator to the site because of coronavirus contagion restrictions. Instead, the NTSB requested that police take specific photos of the wreckage, he said.

“From the sounds of it, they are not going to be out at all,” DeYoe said, due to the travel restrictions, and also because of the type of crash — the plane was still intact, and there were no serious injuries.”

Joe Simon said he was in his backyard near Norco High School with his wife, who heard the plane’s engine make a sputtering noise sometime between 10:30 a.m. and 11 a.m. She pointed to the white single-engine aircraft, and together they watched it glide toward Corona Municipal Airport.

“Seemed to be at a good altitude,” Simon said. “It wasn’t coming down real fast.”

DeYoe said he did not know Sunday afternoon whether it was an instructor-and-student flight or just two men aboard the plane with one practicing the touchdowns. 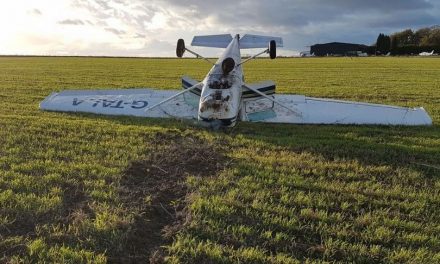 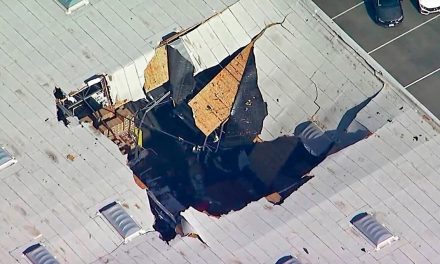 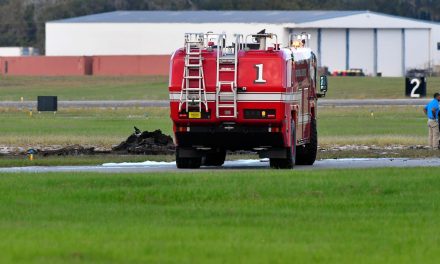