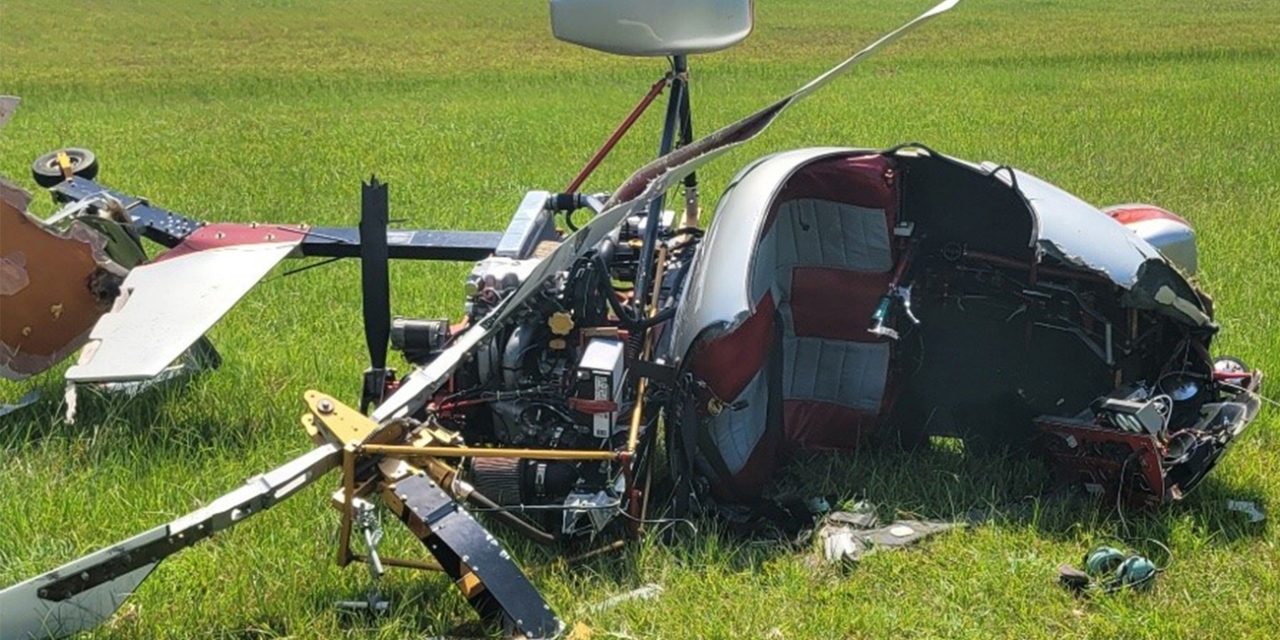 CHAMBERS COUNTY, Texas (KTRK) — Two people aboard a small gyrocopter sustained minor injuries when it crashed while leaving the Chambers County Airport on Saturday, according to the sheriff’s office.

The aircraft was about 40 to 50 feet in the air when something went wrong and crashed on airport grounds, according to Sheriff Brian C. Hawthorne.

Hawthorne said the crash happened on a grassy area.

The sheriff later identified the pilot as 76-year-old Danny Whitten and the co-pilot as 65-year-old Anthony Thomas.

Firefighters and EMS crews were also called to the scene.

No other details regarding the occupants’ condition were released.