3 firefighters dead after collapse during rowhome fire in west Baltimore 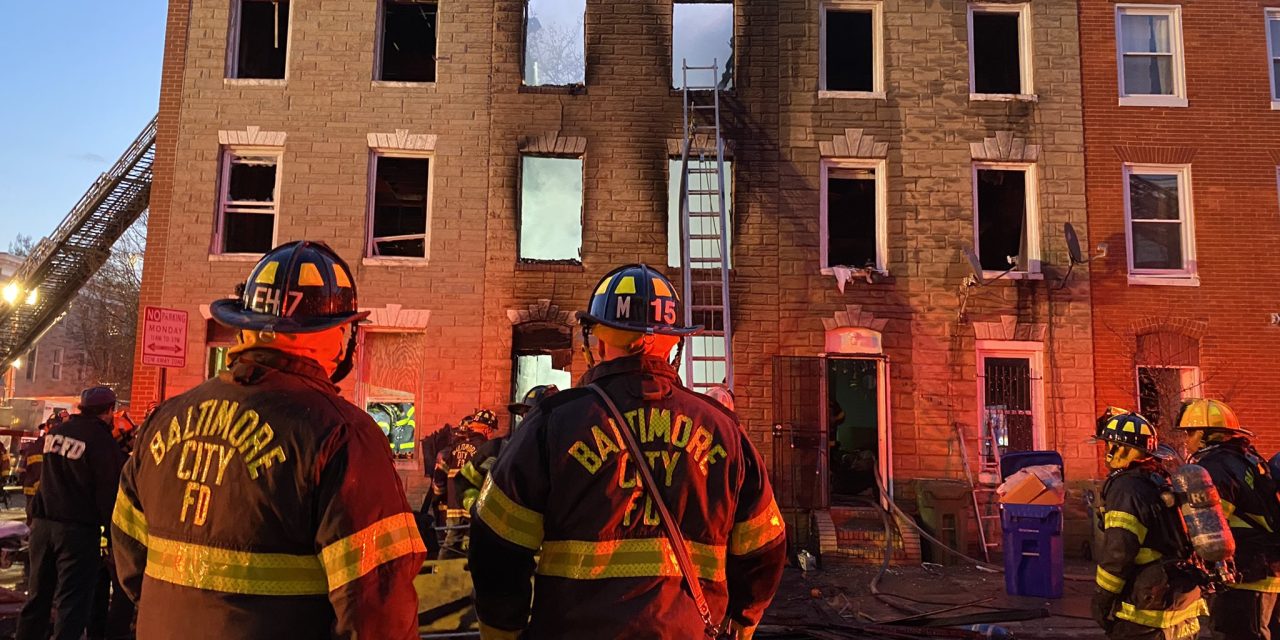 Three firefighters who were injured after a partial collapse at a vacant rowhome fire died Monday, city officials said.

“Today, Baltimore has lost three of the bravest among us: Lt. Paul Butrim, firefighter/paramedic Kelsey Sadler and EMT/firefighter Kenny Lacayo. All made the ultimate sacrifice. For that, Baltimore owes them the deepest gratitude and respect,” Baltimore Mayor Brandon Scott said.

Firefighters immediately encountered flames and heavy smoke pouring out of a vacant three-story rowhome around 6 a.m. in the 200 block of South Stricker Street.

“As firefighters were performing interior operations, we had a partial collapse, three firefighters at the time were trapped inside,” Baltimore City Fire spokeswoman Blair Adams said.

The three firefighters were seriously injured. They were taken to Shock Trauma, officials said.

“They are definitely brave enough, going in there taking out this fire,” Keith Warren, a witness, said.

Around 11:45 a.m. the home had collapsed entirely. Firefighters then worked from the roof of a house next door. Crews began using an excavator to clear the debris.

Butrim was pulled from the home later in the day, but was also pronounced dead at the scene.

“He’s on life support, he’s up in the intensive care unit. He has injuries that sometimes get worse before they get better. We are keeping a very, very close eye on him. Fingers crossed that he’s going to make it,” said Dr. Thomas Scalea, physician-in-chief at Shock Trauma.

Gov. Larry Hogan ordered flags to be lowered at half-staff in honor of the firefighters.

Butrim has been with the Baltimore Fire Department for more than 16 years. He started in 2005 as a firefighter and paramedic apprentice.

Lacayo has been with the department for seven years. He also worked with the Wheaton Volunteer Rescue Squad, where he was named Paramedic of the Year in 2016.

Sadler has been with the department for 15 years. She was in the same recruit class as a firefighter and paramedic trainee who died during a training accident in 2007.

Sadler spoke with 11 News back then.

“I think after Rachel got killed, it was a reality check for most of us to decided if this is what we wanted to do, and know this is what I want to do, and I love it and just glad to graduate,” Sadler said.

The recruits in that class were given the opportunity to leave. Sadler decided to stay.

According to 11 News archives, a vacant rowhome fire in 2015 also left three firefighters injured in the same block. A three-story rowhome in the 200 block of South Stricker Street caught fire on Oct. 28, 2015.

For resident Holly Shook, Monday’s fire in the Union Square neighborhood is both devastating and unnecessary.

“There’s been several fires between those three houses on the end of the block over the last couple of years,” Shook said.

Shook, a resident of the neighborhood for 20 years, is a witness to the vacant houses and fires that have plagued the community, including at 205 S. Stricker St.

“There’s been times where it gets boarded up and then the boards come down. It’s kind of like a yo-yo between the city and squatters, but my last recollection was that it was (not) boarded,” Shook said.

Baltimore City Housing and Community Development is also well aware of the house. In May 2010, the city issued a citation to the owners, telling them to clean up the property or tear it down.

Baltimore City Councilman John Bullock, D-District 9, described the dangers, saying: “The unfortunate piece is we have a large concentration of vacant houses in southwest Baltimore. You look at the structural damage of property vacant so long, and today, when you have a collapse that happens when firefighters go in to try to take care of that blaze.”

Neighbors said they are encouraged by revitalization efforts in the area, but the 11 News I-Team went around the block from Stricker to Lemmon Avenue to Calhoun Street, and there were the city’s signs posted where houses were marked vacant.

Roosevelt Mote said a past fire just two doors down from him forced him to flee his home at 3 a.m. and that it was firefighters who helped get him out.

“I’m a bi-lateral amputee, and (if) a fire like that start, God forbid, I’ll be stuck,” Mote said. “To make matters worse, after this fire here, see the red building across the street? No windows? There was a fire over there shortly afterwards.”

Mote described living in a neighborhood with many vacant houses.

“It’s bad for the block, bad for the community, these abandoned places where people go in and do whatever they want,” Mote said. “There’s been several fires between those three houses on the end of the block over the last couple of years.”

The city told 11 News it is a constant challenge trying to keep vacant properties boarded.

Meanwhile, the last inspection of 205 S. Stricker St. was on earlier this month, where the inspector reported finding the “front and rear boarded” and “clear”

Currently, the home is owned by a woman who lives in Pennsylvania. She and her late husband took ownership in 2004.

*UPDATE* (12:06 p.m.) Scott tweeted: “My heart is with the firefighters, their families and everyone at Baltimore Fire. Our BCFD members put the lives and safety of others before their own well-being each and every day. I ask that we all keep them in our prayers during this extremely difficult time.”

*UPDATE* (10:12 a.m.) Gov. Larry Hogan tweeted: “We are closely monitoring the situation, and the State Fire Marshal is assisting the Baltimore City Fire Department. Please take a moment to pray for these firefighters and their families.”

*UPDATE* (8:50 a.m.) According to an official spokesperson from the fire department, one firefighter remains trapped in the building. The Special Rescue Team remains at the scene are working to free the firefighter. Three other firefighters were taken to Shock Trauma in serious condition.

*UPDATE* (8:30 a.m.) A third firefighter has been freed from the building. They have been sent to Shock Trauma for treatment and their condition at this time is unknown, according to the Baltimore Firefighters IAFF Local 734.

*UPDATE* (7:40 a.m.) According to the Baltimore Firefighters IAFF Local 734, another firefighter has been rescued by the Special Rescue Team. The firefighter was taken to a hospital and their condition is considered serious. One more member remains trapped, crews are in contact and are working to free them.

According to the Baltimore Fire Department, since 6 a.m., firefighters have been at the scene of a two-alarm fire in a vacant home in the 200 block of South Sticker Street. A firefighter was taken to a hospital in serious condition and crews were working to rescue two additional firefighters inside.

According to Baltimore Firefighters IAFF Local 734, three firefighters were trapped in the collapse. One has been rescued and has been taken to Shock Trauma in serious condition. The Special Rescue Team continues to work on freeing the other two. 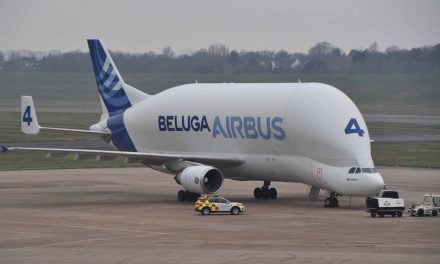