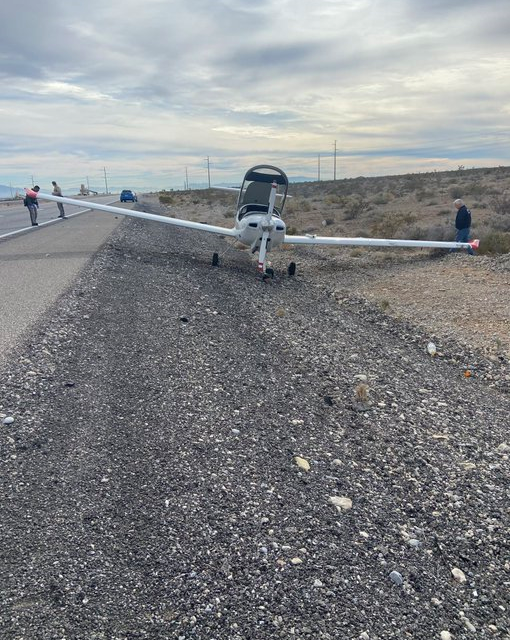 LAS VEGAS (KTNV) — Two people have been hospitalized for “precautionary reasons” after a plane made an emergency landing on US 95 near Kyle Canyon Road, according to Las Vegas police.

The airplane had experienced fueling issues during its flight on Saturday at approximately 9:40 a.m. and was forced to make an emergency landing on the shoulder of the highway.

Police say the plane made a safe landing but appears to have been “clipped” on the wings by a passing Nissan. The driver of the Nissan was transported to the hospital for minor injuries.

The National Transportation Safety Board has said that it has not been officially determined if the plane struck the vehicle or the vehicle struck the plane after it landed. However, they have confirmed the plane was a Diamond DA20.

The right lane of southbound US-95 near Kyle Canyon Road will remain blocked while an investigation is ongoing. The NTSB has confirmed to KTNV that they will be leading the investigation alongside the FAA, which is currently gathering information.

Drivers are advised to avoid the area if possible and to use caution when traveling in that area.