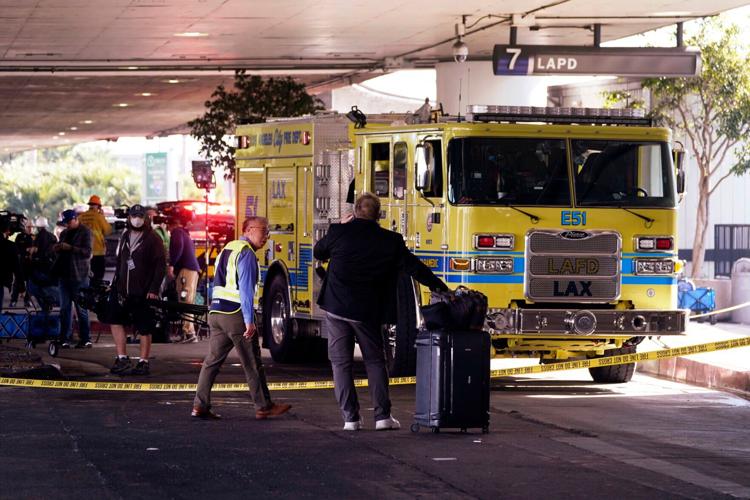 One man was initially in grave condition but was upgraded to critical on arrival at a hospital, Los Angeles Fire Department spokesperson Brian Humphrey said in a statement. The man was initially described as being in his 50s but was later confirmed to be 36.

Two other men and a woman were treated at the scene for minor complaints.

The gas release was initially reported in the Terminal 8 baggage area but was later determined to be in a utility room about 200 feet (61 meters) away, Humphrey said.

No travelers were directly affected by the release, but airport officials moved about 100 people to neighboring Terminal 7. The terminal serves United Airlines and United Express.

The incident occurred around 7 a.m. in a room containing electrical equipment that has a fire suppression system that releases carbon dioxide, Capt. Erik Scott, a fire spokesperson, said at a press conference.

The four victims were independent contractors who were working in the room and heard a popping sound, followed by deluge of carbon dioxide, Scott said.

“Obviously, that displaces all of the oxygen inside, and three people quickly got out, two adult males and one female,” Scott said.

But the 36-year-old man was still inside.

“The carbon dioxide displaces the oxygen in the individual’s bloodstream and they went into cardiac arrest,” Scott said.

Firefighters used blowers to move the colorless and odorless gas out of the building and hazardous materials experts were detecting only trace amounts, Scott said.

The airport tweeted that United continued operations through Terminal 7 and all inbound United flights that were in the air continued toward Los Angeles, but a ground stop was ordered for Los Angeles-bound flights at originating airports. The ground stop was lifted at 10 a.m. and the only impacts were to United, Rodriguez said.

The airport said Terminal 8 was being reopened and repopulated by late morning.

This story has been updated to correct the location of the carbon dioxide release to a utility room, based on updated information from authorities. 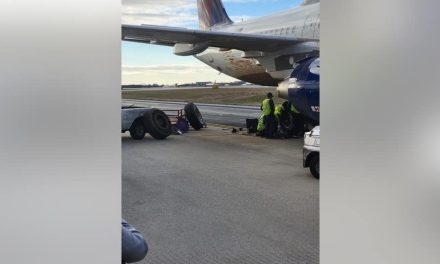 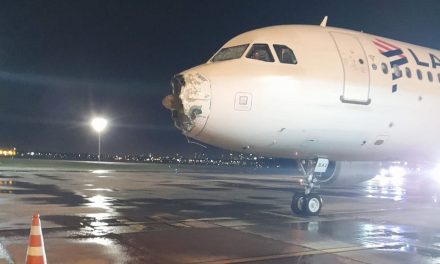