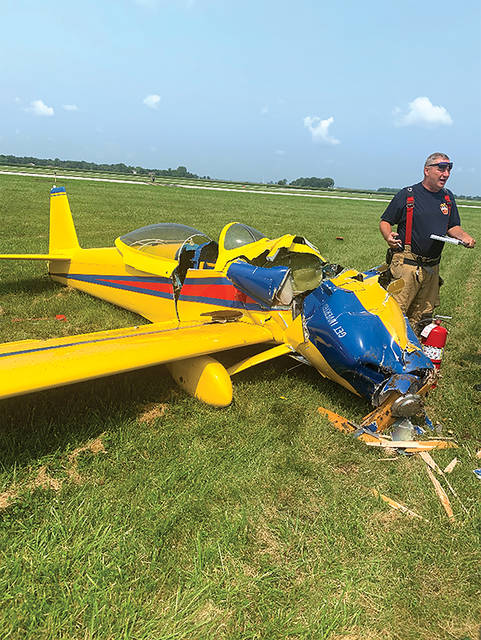 No injuries were reported after a single-engine airplane crashed on approach at the Jacksonville Municipal Airport this morning.

Fire Captain Mike Martin says the Jacksonville Fire Department responded to a call of an aircraft that crashed while attempting to land just after 11:00 this morning.

According to the report, the pilot of an experimental aircraft was attempting to land when he began experiencing difficultly in controlling the aircraft.

The pilot told officials he “messed up” his landing attempt and while trying to correct the issue, the nose of the single-engine, single-seat plane then went up.

The pilot said the rise causes a bubble of air to build under the plane, which then nosed over to the side causing a wing to make contact with the ground next to the runway and then crash into the grassy area. The pilot was reportedly making a stop at the Jacksonville airport while en route to Brooklyn, New York.

According to the report, the pilot refused medical treatment at the scene. The Jacksonville Fire Department could not give an estimate of the damage sustained to the aircraft. Martin says the craft appears to be a total loss.

Martin says the scene was then turned over to the Airport Authority in Jacksonville who said they would have further contact with the FAA on the incident.

A representative of the Jacksonville Municipal Airport declined to give a comment to us on the incident this afternoon. 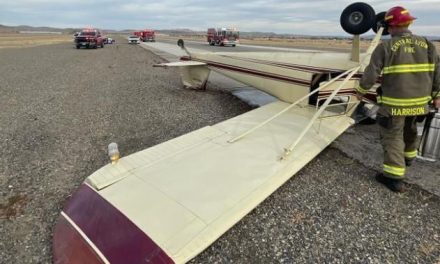