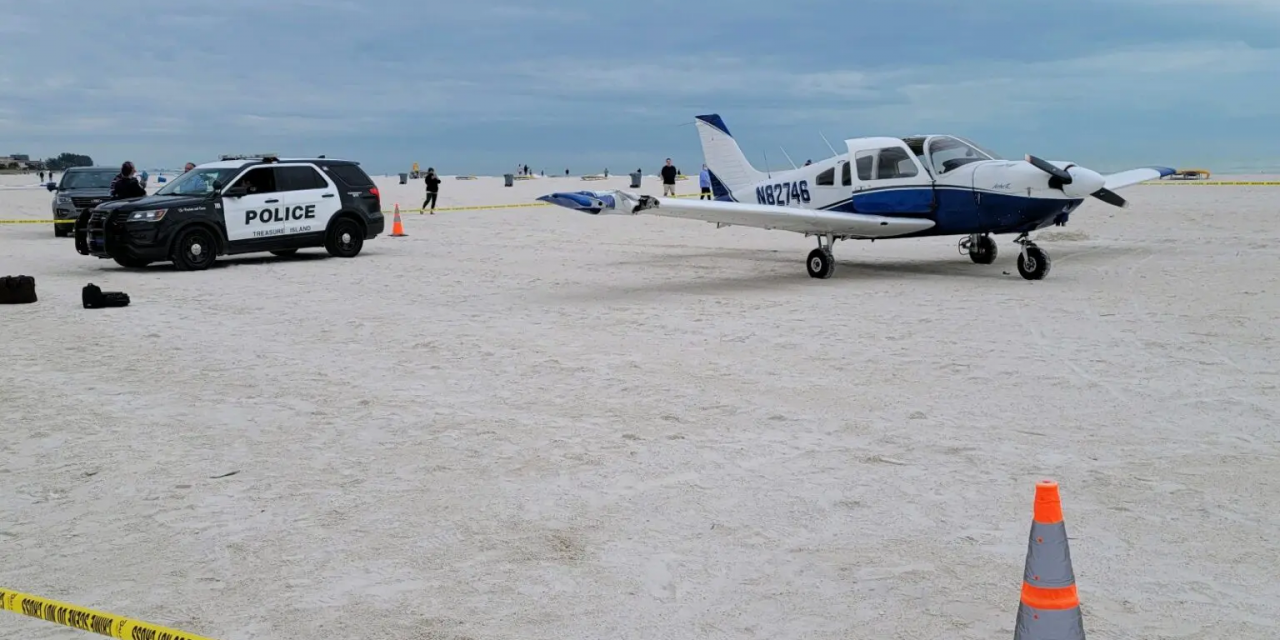 The pilot of a single engine Piper aircraft was forced to land on the beach of Treasure Island after an engine shut down.

Neither of the two occupants were injured during the incident.

The plane took off a few minutes earlier from Albert Whitted Airport in St. Petersburg and the pilot reported engine failure while over the area of St. Pete Beach.

The pilot stated she could not make it back to the airport and landed it on a wide stretch of the beach.

During the landing, the aircraft struck a pole with a security camera mounted on top causing damage to the plane’s right wing.