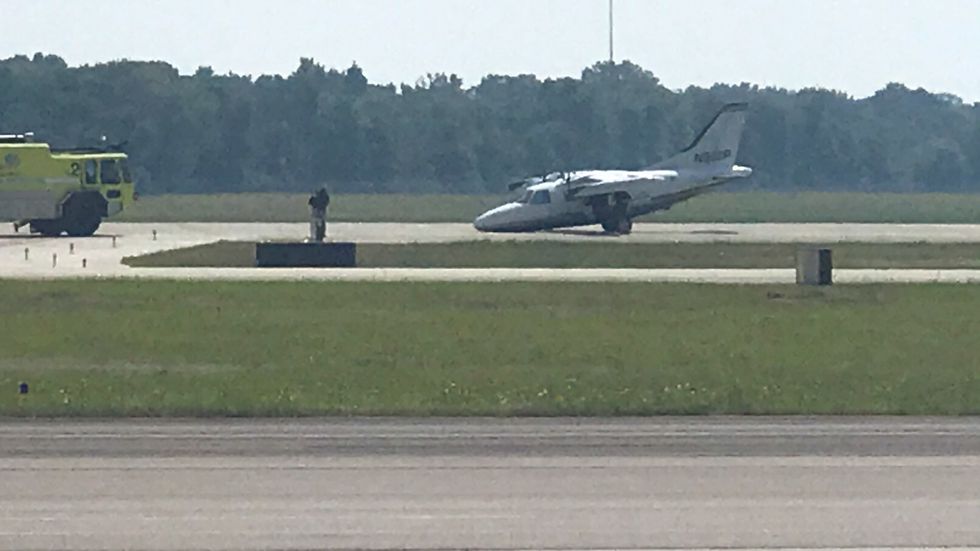 AUGUSTA, Ga. (WRDW/WAGT) – A problem with a private plane temporarily shut down the Augusta Regional Airport for a time on Tuesday.

Airport representative Lauren Smith said a small private plane had a nose landing gear failure and as a result was stuck on the runway.

As the plane was coming in, the landing gear on the front wheels collapsed, so the plane just skidded, according to an airport employee, who said something like that hadn’t happened in about 25 years.

Three people were on board the Mitsubishi MU-2, but no one was injured in the 11:30 a.m. incident.

A crane was used to lift the aircraft and it had been towed safely to the ramp area by 12:55 p.m.

The airport’s operations department inspected the runway and released it back to the Federal Aviation Administration to open the airport and resume normal operations.

“We thank everyone for their patience during this event and are extremely thankful no one was injured,” Smith said.

The FAA and National Transportation Safety Board will conduct final reports on the incident.