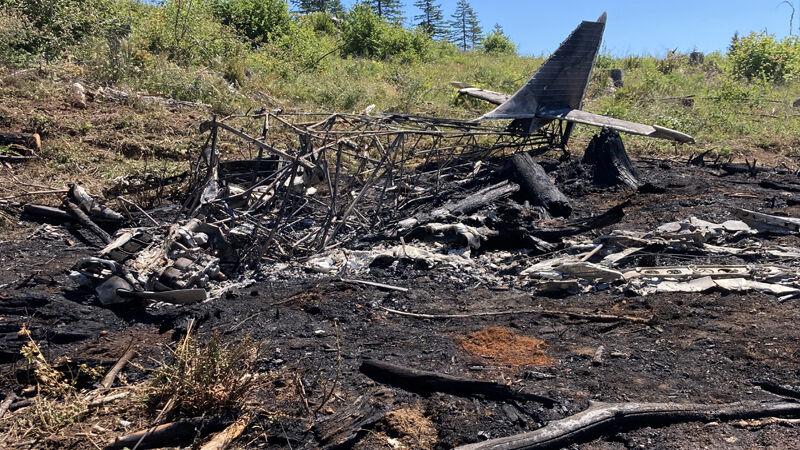 Skamania County Sheriff’s Office said a Stinson brand 108-3 wing single-engine plane was preparing to land just before 8:30 a.m. The pilot saw an obstruction on the runway and maneuvered the plane back up then it went down and crashed just north of the original landing area.

The sheriff’s office said the pilot and a passenger were able to get out before the plane burst into flames.

Emergency crews arrived and put out the fire, treated and transported the two to local hospitals. Their conditions are unknown at this time.

The Federal Aviation Authority and the National Transportation Safety Board have been notified.