The wheel fell off while the aircraft was departing.

Boeing releases a statement on the incident

“A Dreamlifter cargo flight operated by Atlas Air landed safely earlier today at Charleston International Airport, after losing a wheel assembly from its landing gear on takeoff from the Taranto-Grottaglie Airport in Italy this morning. We will support our operator’s investigation.”

A Boeing 747-400 Large Cargo Freighter, also known as the Dreamlifter, suffered an incident while departing from Taranto Airport (TAR) in Italy on its way to Charleston Airport (CHS) in the United States. The aircraft lost a wheel from its main landing gear.

On Tuesday, a Boeing 747 Dreamlifter, registration N718BA, operating a flight under Atlas Air from Taranto to Charleston, suffered an incident. As reported by local media outlets, the plane lost a 100-kilogram wheel while departing from the Italian airport. The whole incident was caught on video and posted on social media.

“A Dreamlifter cargo flight operated by Atlas Air landed safely earlier today at Charleston International Airport, after losing a wheel assembly from its landing gear on takeoff from the Taranto-Grottaglie Airport in Italy this morning. We will support our operator’s investigation.”

In the video, it can be seen that the Dreamlifter is taking off, and shortly after, a small cloud of black smoke appears in the landing gear. After that, a wheel comes off the aircraft, falls into the runway, and bounces away from sight. According to the Italian newspaper Corriere Della Sera, the wheel was later found in a vineyard at the end of the runway.

Atlas Air’s flight 5Y4231 onboard N718BA departed from Taranto at 09:09 AM local time. Corriere Della Sera says the flight was carrying a Boeing 787 fuselage onboard. The center fuselage of the Dreamliner is manufactured in Italy by Alenia Aermacchi, a Finmeccanica company.

Missing a wheel created a suboptimal environment for Atlas Air and the Dreamlifter. Nonetheless, the aircraft was always able to land safely. This was not the first time a Boeing 747 had landed with a main landing gear failure. FlightRadar24.com reminded everyone of an incident involving a 747, registration G-VROM, operating a flight for Virgin Atlantic in 2014. This plane suffered a failure of the right outer main gear and, despite that, landed safely at Gatwick Airport, in the UK.

The Dreamlifter, registration N718BA, is a 30.19-year-old aircraft. It is currently operated by Atlas Air, but its history dates back to 1989, when it was first ordered by Malaysia Airlines. It had its first flight in August 1992 and was delivered a couple of weeks later.

The aircraft was converted to a Large Cargo Freighter variant in 2007 when it went from Malaysia Airlines to Evergreen International Airlines.

The Dreamlifter has a volume of 65,000 cubic feet, and it can hold three times that of a 747-400F freighter. That’s why it is designed to transport parts of the 787 Dreamliner between Italy, Japan, and the United States. Currently, there are four Boeing 747-400(LCF) worldwide. All of these planes are operated by Atlas Air. 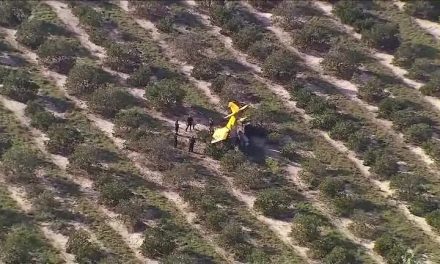