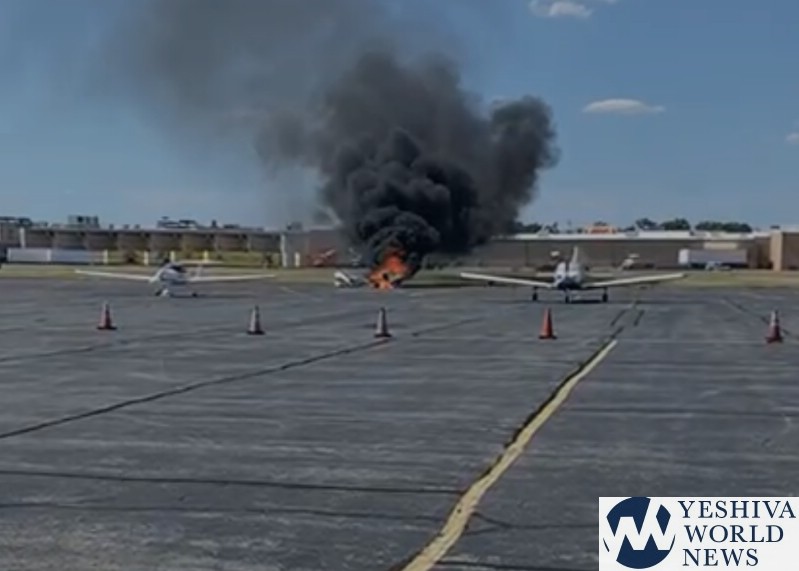 An Orthodox Jewish man is Bichasdei Hashem alive after his airplane caught fire while taxiing on the runway in a new Jersey Airport.

Emergency officials tell YWN that at approximately 3:25 p.m. Linden Emergency Dispatch was notified of a plane on fire at the Linden Municipal Airport, 1101 W. Edgar Rd.

First responders arrived on scene and quickly located a 2003 Fixed-wing, single-engine aircraft engulfed in flames on the taxiway. The fire was quickly extinguished by Linden Fire Department personnel.

The sole occupant of the plane, a 40-year-old Boro Park resident, exited the plane before emergency personnel arrived. He was transported to St. Barnabas Burn Center with burns to his arms and lower extremities.

Sources tell YWN that he made it out of the airplane with seconds to spare. 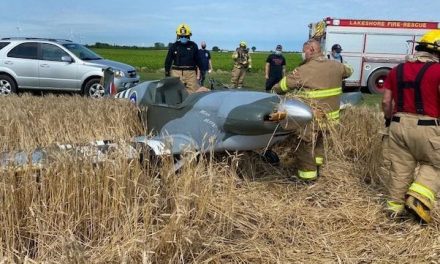