A Canadian North flight heading to Inuvik, N.W.T., made an emergency landing at the Yellowknife airport shortly before noon Tuesday.

The passengers, including reporters travelling to Inuvik to cover Prime Minister Stephen Harper’s upcoming visit, are waiting at the airport.

Canadian North spokesperson Kelly Kaylo told CBC News that the aircraft in question has been grounded, and the airline is setting up alternate flights.

Kaylo said a warning went off in the cockpit shortly after takeoff from the N.W.T. capital. The plane circled to get rid of its fuel before returning to the airport and landing safely.

A bird is believed to have become caught in the aircraft during or shortly after takeoff.

“The landing was absolutely fine. In fact, I forgot to be nervous — I was reading the paper,” Elaine Stewart of Yellowknife told CBC News at the airport Tuesday.

“They were very kind and explained everything very well. I’d rather they be careful than not.”

On Thursday afternoon, a flight just leaving Norman Wells, N.W.T., for Inuvik had to turn around and fly to Yellowknife. At the time, airline staff told passengers that an indicator came on warning of engine problems.

The passengers got off the plane after it landed in Yellowknife and waited until Canadian North found another aircraft to take them to Inuvik. 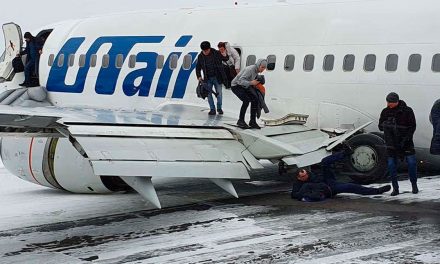 Russian plane crash-lands on belly, no one hurt 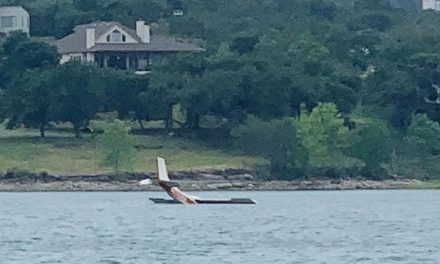