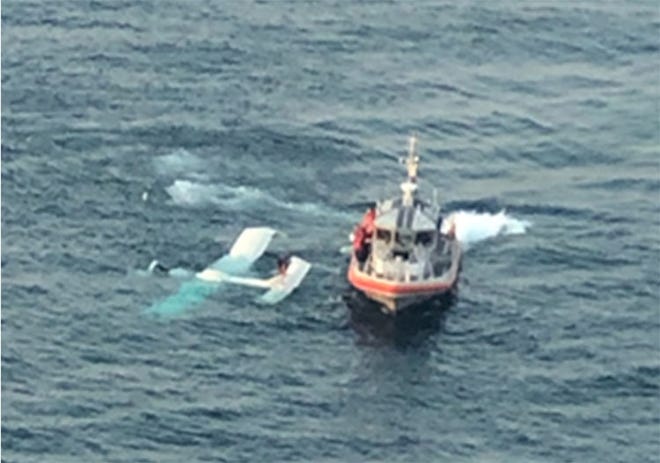 BEAVER ISLAND — Personnel from the U.S. Coast Guard’s Charlevoix station located and rescued the lone occupant of an aircraft which crashed into Lake Michigan near Beaver Island on Saturday, the agency said in a news release.

The Coast Guard’s District Nine Command Center received an Electronic Location Transmitter Alert from the Beaver Island area around 8 p.m. Saturday, and a 45-foot response boat from the Charlevoix station was launched to investigate. Upon arriving at the alert location, the crew found a partially submerged amphibious plane with one individual sitting on top. The boat crew rescued the individual, who was the pilot and sole occupant of the aircraft, and transported the individual to waiting emergency medical services with minor injuries.

“This case highlights the importance of having safety equipment that is in working order,” said Capt. Anthony Jones, sector commander with the Coast Guard. “This pilot’s quick thinking in activating their ELT allowed our crew to quickly respond to their location to provide timely and effective assistance.”

At the time of Sunday’s news release, the Coast Guard said the aircraft was still partially submerged off of Beaver Island and the agency was broadcasting a safety message asking that mariners avoid the area in the interest of their safety and that of first responders. The Coast Guard said it has been working with the aircraft owner to determine plans for salvage and addressing potential pollution.

Reached by phone on Monday, Coast Guard Chief Petty Officer John Masson said the request to mariners was no longer in effect, but he did not have other updates available as to the processing of the crash scene or investigation of it. Masson also did not have a name or hometown available for the aircraft’s pilot.

In a statement issued Monday, the Federal Aviation Administration said it would be investigating the downing of the aircraft. When the tail number of the aircraft was entered into the FAA’s database, it showed the registered owner as Boltair Limited of Seward, Alaska. 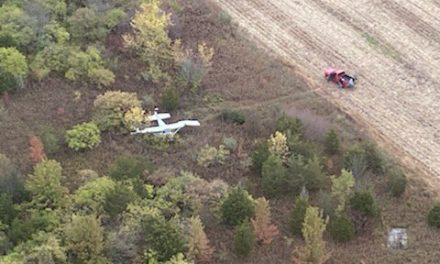