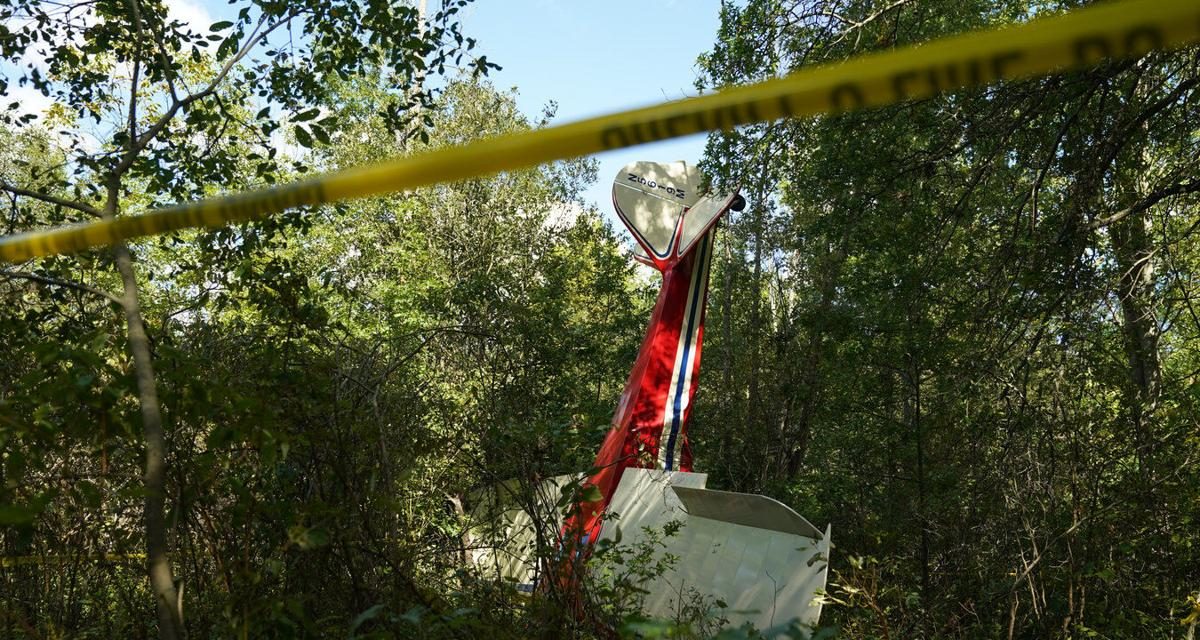 The tail of a small plane stuck almost straight up from the ground after it crashed into a thickly wooded area Saturday afternoon in East Amherst, about 300 yards from the runway of the Clarence Aerodrome Airport.

Emergency responders rushed to the aid of the trapped pilot, 70-year-old Lee Hardy, who was pulled from the wreckage, placed on a utility vehicle and airlifted by Mercy Flight to Erie County Medical Center with injuries not believed to be life-threatening. Fred Stanton, manager of the Aerodrome, said he was told Hardy’s lungs and blood pressure were both OK. Hardy was the only person in the plane.

The commotion Saturday was unusual for the quiet rural airport designed for classic and antique aviation.

Stanton said he watched Hardy’s plane approach the grass runway and then slip to the left and nose-dive into a line of trees south of the airport set back from Transit Road. The nose of the plane sustained extensive damage.

“It was freaky, watching it tip like that,” Stanton said. “It went straight into the ground.”

Hardy is described as an avid, skilled pilot from a family rich with history in local aviation. Witnesses at the airport Saturday did not know what caused Hardy to crash so close to his destination. “It didn’t make any sense to anybody here,” the manager said. “That maneuver is not in any books I’ve ever read.”

Stanton speculated on why the plane went down: “It appeared he stalled the wing.”

Jay Hardy, Lee’s brother, also watched the plane crash and rushed to the pilot’s aid, Stanton said, but navigating in a hurry the uneven, zigzagging paths at the edge of the airport’s property led to his truck getting stuck in a ditch on a sharp turn, forcing him to abandon the vehicle and run the final 100 yards by foot. Aerodrome employees zoomed to the site on ATVs. Stanton said getting emergency crews to the site of the crash was a greater challenge.

“There were a lot of flashing lights,” he said, “and they were going everywhere but where it was.”

The crash occurred around 12:45 p.m., said Scott Will, the Swormville Fire Department chief, who noted several other nearby fire companies also responded. The Erie County Sheriff’s Office secured the crash scene and awaited investigators from the Federal Aviation Administration and the National Transportation Safety Board. Jay Hardy’s truck was successfully pulled from the ditch.

Lee Hardy began his flight from where he lives in Dundee, N.Y., near Watkins Glen, said Stanton, who said he’s friends with the pilot and has a long history with the family.

Hardy’s father, Russell, was instrumental in buying the airport for Clarence Flying Club, Stanton said. The small airport welcomes about 61 planes per month, according to AirNav.com, and features a collection of 22 sheds and hangars behind the club headquarters.

Russell, who died in 2013, built five planes, Stanton said, and was a fixture in the small but tight-knit aviation community.

The fixed-wing, single-engine Taylorcraft that crashed today was the only active aircraft of the five, added Stanton, who said Hardy briefly helped his father on the plane and then completed the project after Russell’s death. “He’s been flying it now for five or six years,” Stanton said. 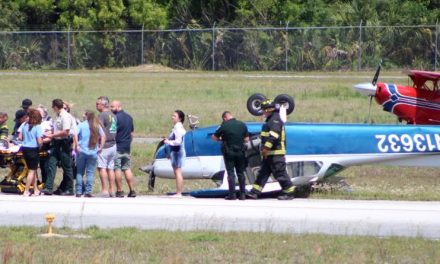