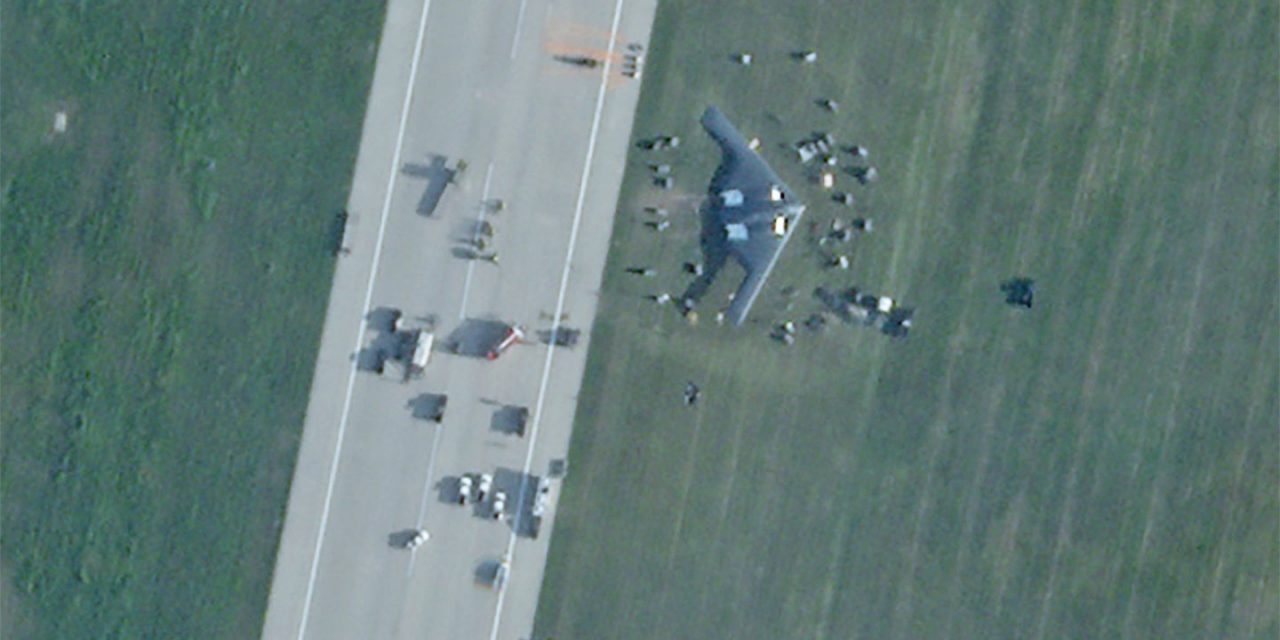 Satellite imagery shows that a B-2’s late-night emergency landing resulted in it ending up resting on its side off the runway at Whiteman AFB.

We were first to report on a mishap that occurred in the early hours of Tuesday, September 14th, 2021, and involved one of just 20 B-2 Spirit stealth bombers in existence. The incident occurred after the stealth bomber had malfunctioned on a training flight and made an emergency landing at its home airfield—Whiteman Air Force Base in Missouri—at around 12:40 AM local time. The aircraft was subsequently damaged upon touching down and restrictions were placed over airspace within six miles of the rural base. While we received an official comment that the incident did indeed occur and that the aircraft was damaged, the extent of the damage was not released. It now appears that the B-2 made a ‘runway excursion,’ ending up wing-down in the grass beside Whiteman’s only runway.

It was to our understanding that the aircraft in question slid off the runway during its emergency recovery, although we had no confirmation of this until we received an image via Planet Labs showing Whiteman at around 10:30 AM local time on September 15th, 2021. As you can see, the aircraft appears to have exited the runway and came to a rest in the grass midfield. The stealth bomber’s intakes and exhausts have since been covered and there is clearly a recovery and investigation effort involving many people and vehicles underway.

The official statement we received after our initial inquiry about a possible crash stated:

Thank you for the query. There has been an incident at Whiteman AFB. It occurred at approximately 12:30 a.m. on Sept. 14.

A U.S. Air Force B-2 Spirit experienced and [sic] in-flight malfunction during a routine training mission and was damaged on the runway at Whiteman Air Force Base, Missouri, after an emergency landing.

There were no personnel injuries and no fire associated with the landing. The incident is under investigation and more information will be provided as it becomes available.

According to sources, the B-2 experienced a hydraulic failure in flight and had its port main landing gear collapse during landing, sending it off the runway with its wing dug into the ground. We cannot confirm that this was the case at this time, but the satellite image above does concur with the gear collapse/wing down aspect of the incident. While it is possible the aircraft was rolled off the runway after the fact, this is unlikely, especially considering its wing-down disposition. The damage to the aircraft also remains unknown.

The B-2’s highly intricate skin is made up of delicate radar-absorbent materials and some of its sub-surface structures are critical to its ability to attenuate radar waves. As such, the damage could be superficial to severe, we just do not know. Gear collapses can also cause major damage around where the gear is mounted and putting major loads on a wingtip during a ground impact can result in severe structural issues with the wing, which makes up nearly half of the flying wing-bomber.

The good news is that the aircraft looks intact and, as the USAF’s statement reads, there appears to have been no fire. As it sits right now, the temporary flight restriction is set to expire on Friday, so it’s likely the aircraft will be fully secured by then or moved to another location. Otherwise, we could see that flight restriction extended.

We will continue to report back as new details becoming available on this developing story. 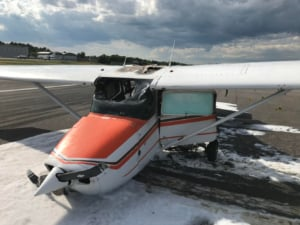