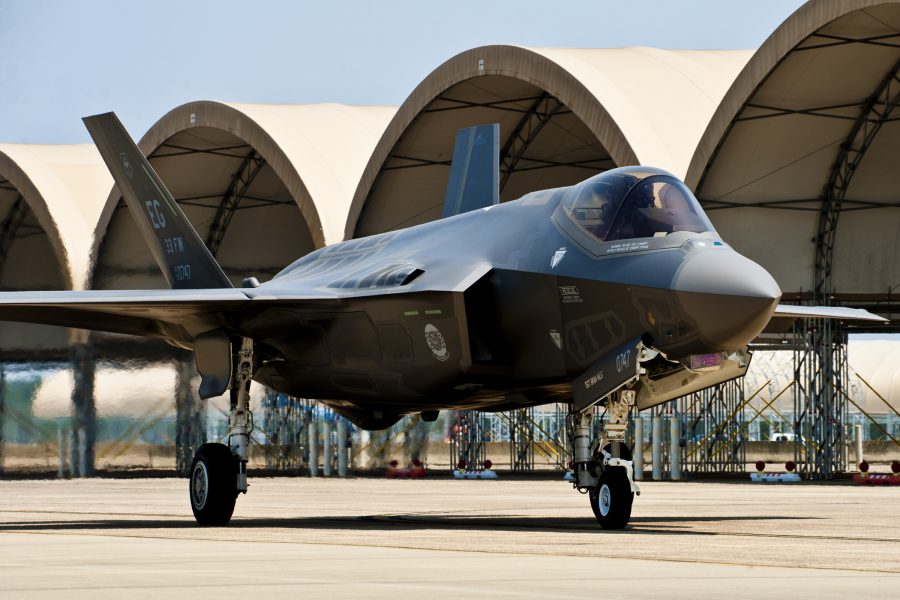 By John A. Tirpak

Excessive landing speed was the primary cause of the May 19 crash of an F-35A at Eglin Air Force Base, Fla., though faulty flight control logic, issues with helmet-mounted display, the jet’s oxygen system, and ineffective simulator training and were all contributing factors, according to an Air Force investigation.

An Accident Investigation Board found the main reason for the crash was the pilot setting a “speed hold” of 202 knots indicated airspeed for the landing, which was 50 knots too fast, while the jet’s approach angle was also too shallow, according to the report released Sept. 30.

The second main cause was the tail flight control surfaces “conflicting” with the pilot’s apparent correct efforts to recover the jet after it bounced on the runway, a problem the Air Force said was a “previously undiscovered anomaly in the aircraft’s flight control logic.” The plane and pilot “quickly fell out of sync” as the flight computer commanded nose down while the pilot commanded nose up, attempting to abort the landing and go around. Sensing that he was being “ignored” by the airplane, the pilot ejected, sustaining significant but non-life-threatening injuries.

Furthermore, the helmet-mounted display was misaligned and “distracted the pilot during a critical phase of flight,” the AIB determined. The aircraft’s breathing system also caused excessive fatigue—leading to “cognitive degradation,” while ineffective simulator instruction meant the pilot lacked sufficient knowledge of the aircraft’s flight control system.

The 58th Fighter Squadron aircraft rolled after the ejection and struck the runway. The jet, valued at almost $176 million, was declared a total loss. The pilot had shards of the canopy and other foreign objects lodged in his eye and arm, and a spinal compression injury.

The report did not discuss corrective actions or flight safety restrictions as a result of the accident. The Air Force and Lockheed Martin referred all queries to the F-35 Joint Program Office, which did not offer immediate comment. Air Education and Training Command did not immediately respond to questions.

The crash occurred at the end of a night mission in which the pilot, an instructor, was coaching a student on air combat techniques. Upon returning to base, he set the excessive speed hold at 202 knots—which the investigation said is “not an authorized maneuver”—and a shallow angle of attack of 5.2 degrees, instead of the desired 13 degrees. The pilot failed to disengage speed hold at the appropriate time, and there are no “audible warnings” for this dangerous configuration, the report said. The jet touched down nearly simultaneously on all landing gear with such force that the nose gear pushed back up, causing the jet to become airborne again. As the pilot tried to recover, the jet and pilot got out of sync due to “multiple conflicting flight control inputs.”

The control software “became saturated and unresponsive, and ultimately biased the flight control surfaces toward nose down,” when the pilot was going to afterburner and trying to raise the nose and gain altitude.

The investigation determined that three seconds of pilot input “was not enough time to overcome that saturation” and the flight control system failed to re-orient the aircraft for a go-around. The entire mishap occurred within five seconds of the initial touchdown.

During the attempted landing, the pilot experienced a helmet-mounted display misalignment at night for the first time, with the HMD “misaligned low as opposed to high.” This caused the jet to come in too high for landing, conflicting with inertial landing system data and visual cues.

The pilot “fought his own instincts to push further into the darkness short of the runway to correct his trajectory,” the report stated. While crews train for HMD-out situations, they don’t train for misalignments, according to the Air Force.

Instead of easing workload, the helmet seems to have added to it in this instance.

“The focus required to mentally filter the degraded symbology, green glow of the HMD projector, visually acquire nighttime runway cues, correct and then set an aimpoint, fight the … darkness short of the runway, and monitor glide path trends, distracted the [pilot] from engaging the [approach power compensator] or slowing to final approach speed,” the AIB said. The “green glow” worsens due to feedback as the aircraft descends, and the pilot reported having to “squint through” it to pick up “on environmental cues.”

The jet was from Low-Rate Initial Production Lot 6—the only one from that batch at Eglin. There were some corrective technical orders for the helmet system, but they were not deemed urgent and required depot assistance to make, the report said.

The pilot reported that flying the jet was more “draining” than his previous aircraft, the F-15E. The report said the F-35’s unique air system, which requires a “work of breathing,” has that effect on many pilots. The pilot’s experience is “supported by emerging research” on the F-35A’s systems that “there appears to be a physiological toll taken on a pilot’s cognitive capacities as a result of breathing through the on-demand oxygen system,” the report said. The pilot reported that on a scale of one to ten, his cognitive degradation was “four out of ten on a routine basis.”

The report said flying the F-35A in instrument landing system mode is “not a mundane task,” which “could have been made more challenging” in the May mishap “by the reported level of cognitive degradation” from distractions, stress, lack of sleep, and the work it took the pilot to breathe. These factors could have contributed to the pilot’s “vulnerability to distractions” during the mishap landing, according to investigators.

On the issue of simulators, the report states that the systems “do not accurately represent the aircraft flight dynamics seen in this scenario.” In the simulator, the aircraft can be recovered after a hard bounce, and “two members of the AIB team were also able to land” in the simulator under the same conditions.

Lockheed Martin’s own report on the incident “verified the disjoint between actual [mishap aircraft] performance and the simulator model” adding that “the pitch rate sensitivity evident in flight was not observed in piloted simulation or initial attempts to match the maneuver with offline simulation.”

If the mishap pilot “did not have the negative learning from the simulator, he might have been able to recover the aircraft despite the high speed landing, which is why this is a contributing factor,” the report stated. 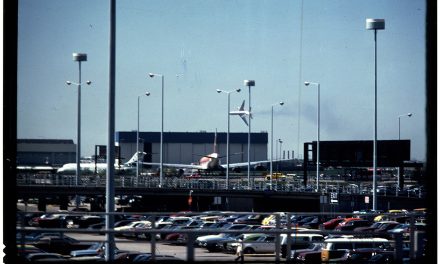