Engine issues may have led to plane crash that killed two aboard and boy in SUV, report says 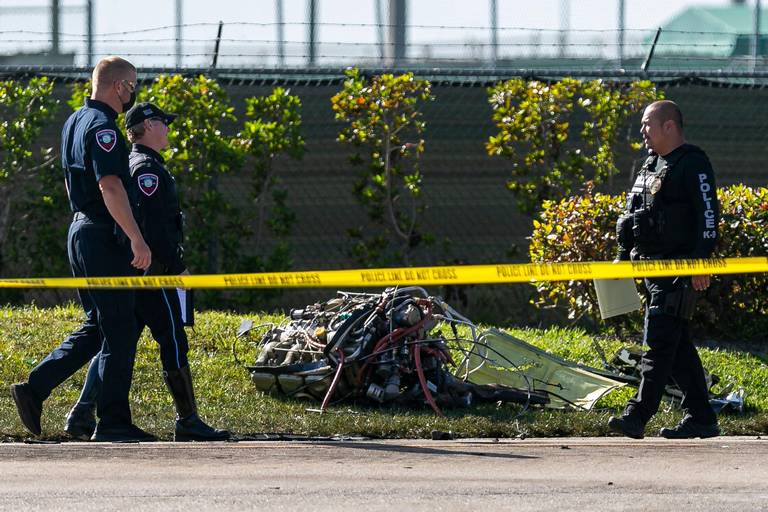 The plane involved in the fiery crash in Pembroke Pines that left three people dead — including a 4-year-old boy who was riding in the backseat of his mother’s SUV — may have experienced engine trouble before take off, according to a preliminary National Transportation Safety Board crash report released Tuesday.

One witness told investigators that the engine was “sputtering” and that “the engine backfired,” before departing from North Perry Airport March 15, an investigator wrote in the report. Another witness said the plane was very low and was climbing at a “very slow rate.”

The airplane was about 100 to 200 ft past the runway when the engine failed, according to the report.

On March 15, the Beechcraft Bonanza went down near the 1300 block of Southwest 72nd Avenue at about 3 p.m. The plane’s right wing, according the new report, hit the street and the side of an SUV simultaneously. The engine separated from the plane and it took about two seconds for a fire to start, an investigator said.

Investigators said they used video — including graphic footage from a doorbell camera that a resident shared with the Miami Herald shortly after the crash.

Inside the SUV were Megan Bishop, a paraprofessional at Hollywood Hills Elementary, and her 4-year-old son Taylor. Bishop was able to get out, but her son needed to be pulled from the wreckage. He later died at the hospital.

The two men in the plane, Grant Hustad Jr., 71, and Yaacov Nahom, 63, died on impact. Both were certified pilots, and it was not clear, which one was at the helm at the time of the crash, according to the report.