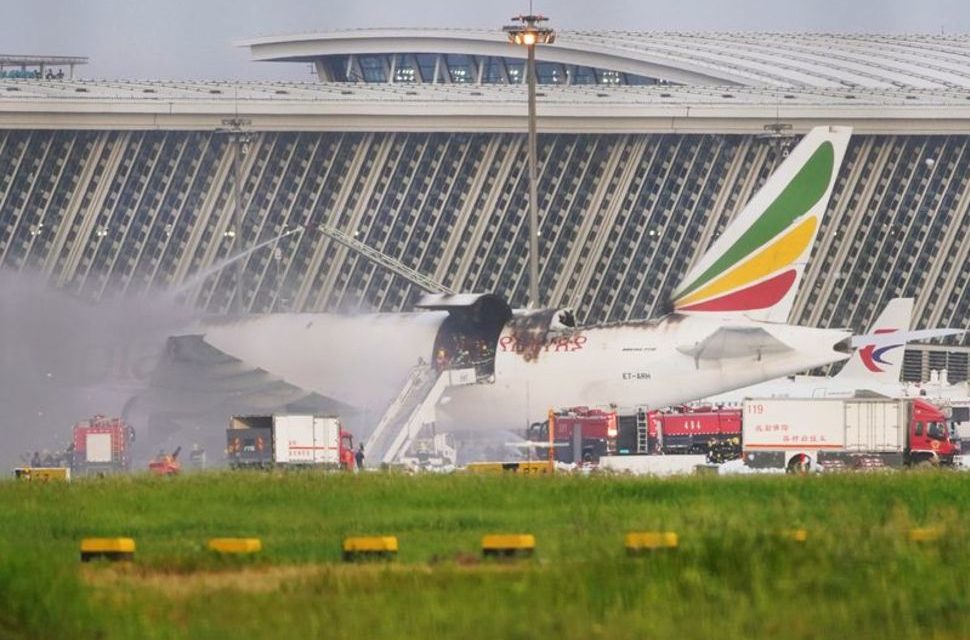 SHANGHAI (REUTERS) – AN Ethiopian Airlines’ Boeing 777 cargo plane caught fire while loading cargo at Shanghai Pudong International Airport on Wednesday, the airline said, adding that fire has been contained and none of the crew or ground staff were harmed.

The cause of the incident was under investigation, Ethiopian Airlines said in a Facebook post. The aircraft was on a regular scheduled cargo service from Shanghai to Sao Paulo-Santiago, it added.

Pictures and videos circulating on Chinese social media showed heavy smoke pouring from an Ethiopian aircraft, and a large section of the upper fuselage appeared scorched.