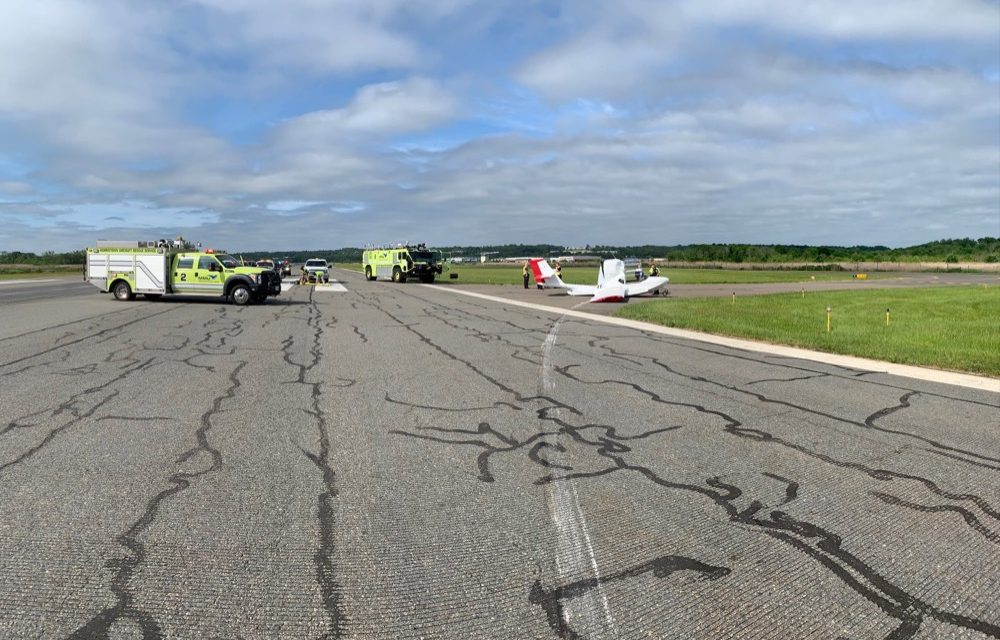 The 83-year-old pilot of an experimental plane emerged unharmed from a crash landing Tuesday at Morristown Airport, police said.

The right landing gear on the Taylor Coot aircraft either failed or was not locked down when John Loufbourrow of Springfield touched down on Runway 23 at 9 am, reported Morristown Police Capt. Stuart Greer.

Although the plane’s underside touched the runway, Loufbourrow was able to bring the aircraft to rest on a taxiway. He told police he had  believed his landing gear were locked into landing position, based on onboard indicators.

The pilot did not require medical attention.  Authorities at the Federal Aviation Administration were notified of the incident, which temporarily shut down the runway, according to Greer.

Although the airport is in the Whippany section of Hanover, Morristown retains jurisdiction. Police and firefighters from Morristown responded to the crash on Tuesday, along with first responders from other towns. Greer said.

The Coot’s wing roots can double as sponsons, to keep the plane afloat in water. And the wings can fold, for transport and compact storage.