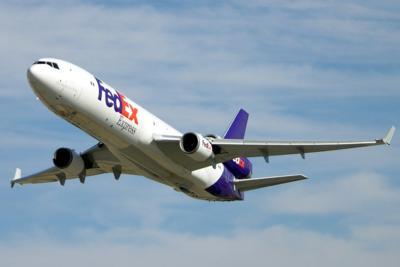 The FAA has dashed the hopes of excited aviation nerds everywhere, as they quash the potential installation of an ECM pod on commercial cargo aircraft. The FAA said that a proposal for FedEx Airbus A220s to install anti-missile, infrared dazzler equipment “is not moving forward at this time.”

The agency accepted the proposal for consideration earlier this week, following years of development by the company and industry partners. FedEx has felt for years that the proliferation of man portable anti-air systems in countries around the globe merits built-in defensive measures. Similar equipment has been placed into military service for quite some time, to the point that the industry mainstay has become a near brand-name: The Northrop Grumman Guardian pod.

The decision not to move forward with the installation and certification process is unsurprising – laser systems sit at an intersection of multiple compliance requirements, from FDA approval and classification to FAA certification and allowance for operation. Some wonder if possible ITAR implications exist for a piece of military defensive equipment, potentially making transfer via normal cargo flights require a flurry of permits to “import” the system out of the country.

The overall risk of a MANPAD attack, while non-zero, may have been seen as insufficient to take on a nearly insurmountable level of interagency paperwork.

In a notice to be published on January 20, the FAA said “the notice of proposed special conditions published … is withdrawn.” The agency said that “The FAA has determined that further internal study is necessary with respect to the proposed conditions referenced above. Therefore, to avoid confusion to the public and a comment period on a proposal that the agency is moving forward at this time, the FAA is withdrawing the notice.”