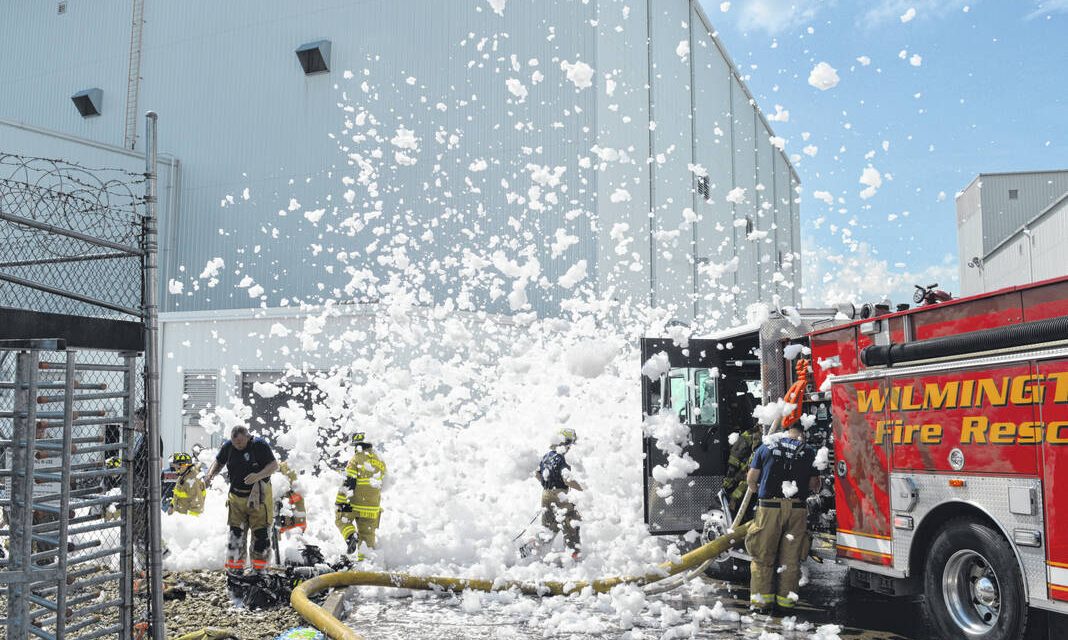 Details are sketchy as the scene remains active cleaning the foam out of the hangar in which the foam dropped.

A firefighter (department not known) was trapped in the hangar and in the foam, but another firefighter said he was “OK” shortly before he was brought out on a stretcher — conscious and alert — and transported to the hospital by the Clinton-Highland Fire District.

The News Journal is awaiting confirmation that everyone is accounted for.

The cause of the malfunction is not yet known.

At about 5 p.m. the call was put out for all firefighters to exit the hangar so foam could be blown/sprayed outside, according to police scanner traffic. 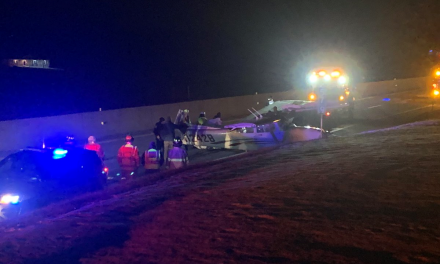 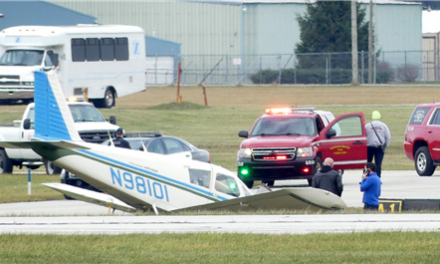