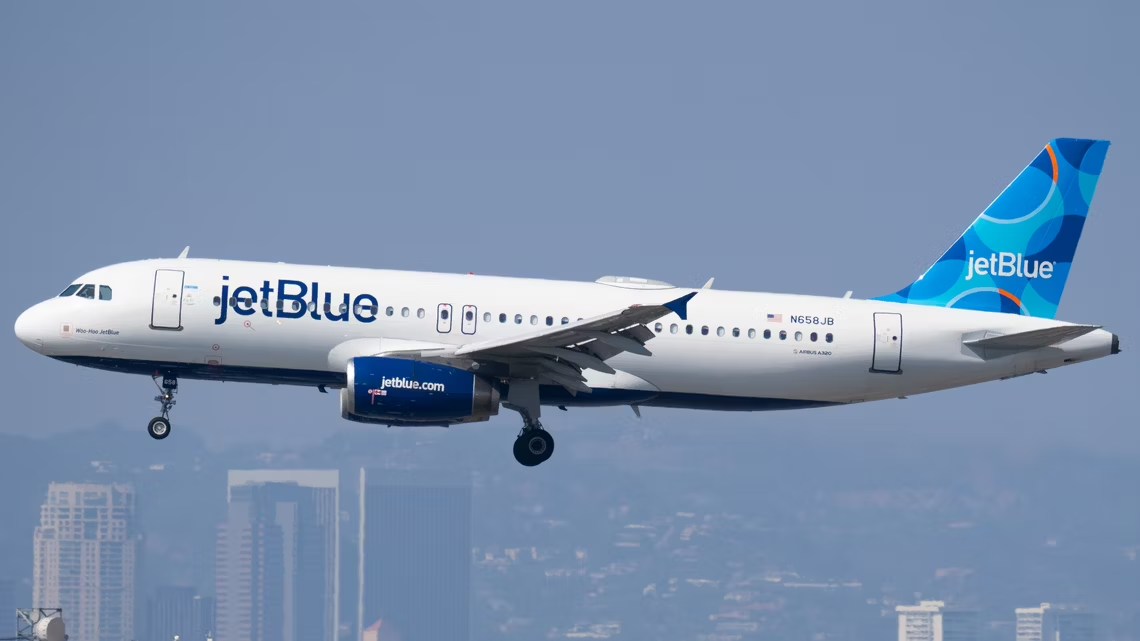 Panic ensued in the cabin after landing at New York JFK.

On Saturday, JetBlue flight B6 662 was evacuated onto the apron at New York’s JFK Terminal 5 using emergency slides. The flight from Bridgetown was preparing to disembark when passengers reported smoking from a laptop, which quickly began filling in the cabin. Five were minorly injured by the use of the slides, with over 167 onboard.

JetBlue flight B6 662 departed Bridgetown, Barbados, at 16:47 local time, about 1 hour and 40 minutes following its scheduled time. Things went smoothly from there, with the aircraft landing at New York JFK Airport at 20:33 local time, 4 hours and 46 minutes later. However, issues first arose as the plane approached Terminal 5.

According to CBS2, the crew reported a laptop emitting smoke in the cabin, which passengers say quickly started filling through the cabin. When one traveler yelled fire, passengers began panicking, and the Captain reportedly jumped into action to put out the flames. One of those seated in the first row described the pilot’s actions as heroic, saying,

“The captain came flying out of the cabin. He grabbed a fire extinguisher and was doing like an O. J. Simpson over the seats and passengers. The guy was amazing, and put the fire out…It was a complete zoo.”

Soon after, the cabin crew evacuated the aircraft using the emergency slides, with all 167 passengers reaching the tarmac, according to the FDNY. There were four slide-related injuries, but all have been described as minor. Images show the jetbridge already attached to the aircraft, meaning passengers would have used the remaining slides to exit.

Simple Flying has reached out to JetBlue for a statement, and the carrier told CNN,

“On Saturday, JetBlue flight 662 with service from Bridgetown, Barbados (BGI) was evacuated shortly after landing at New York’s John F. Kennedy Airport (JFK) due to reports of a customer’s malfunctioning electronic device or battery.”

As mobile phones and laptops become ubiquitous in aircraft cabins, airlines have become vigilant for potential fires. You may have heard the announcement on flights asking passengers not to move their seats if they drop their phone, instead asking you to contact a crew member instead. This is to ensure the seat does not cause the battery to be pierced, which can quickly release smoke into the cabin.

While the details of the JetBlue incident remain unconfirmed, a laptop (or its battery) seems to have been the culprit. With large lithium-ion batteries, laptops are at similar risk to phones when it comes to fires. In cases of a fire, crews can either try to place the smoking item in a fire-resistant bag (if available) or use a fire extinguisher, as in this case. The latter is far more disruptive, which is why most US airlines now carry bags to contain fires instead. 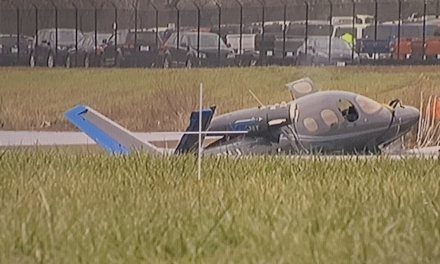 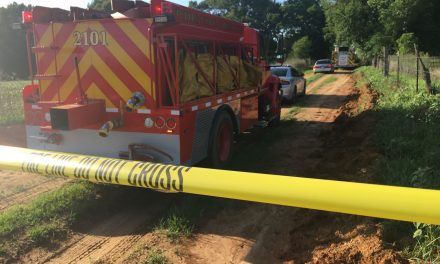