‘Flames coming out of the engine’: Emergency landing in Abbotsford after plane hits geese

A Boeing 737 was forced to make an emergency landing Tuesday after several geese were sucked up into one of its engines near the Abbotford airport.

Flight 312, from the discount airline Swoop, took off from the Abbotsford International Airport at around 8:15 a.m. A short time later, the Edmonton-bound plane hit the birds and had to land again.

A flight tracking website suggests it circled the area just south of the border, and landed back at YXX at 8:38 a.m.

In an emailed statement, the airline said passengers “were offloaded without incident” after the bird strike.

“The aircraft involved in the bird strike has been inspected and is undergoing repairs. It is expected to return to service this evening,” the email from Swoop said, adding that they’re working to accommodate 176 affected travellers.

“Safety is our number one priority and will always be at the forefront of our decision making. We apologize for the inconvenience to our impacted travellers.”

The discount airline’s website initially showed the flight had been moved to a 10 a.m. departure, but was later updated to suggest it wouldn’t leave until 8 p.m.

“This is a significant strike,” said Parm Sidhu the Abbotsford International airport general manager, “we’ll look at everything.”

Sidhu said the airport does have wildlife and bird plans in place such as sound mechanisms, “just like every airport is regulated to do.”

In August, there were seven reported bird strikes at the Abbotsford airport, although none had any documented effects on airport operations.

“This is the first time that I recall that we actually had an aircraft turn around and land due to wildlife issue,” said Sidhu. First responders attended the scene, fortunately no one was injured.

“Any time there’s an incident public safety is first. We will work with our partners and review the processes.”

Witness reorts suggest loud “booms” could be heard from the ground below at the time of the incident. Some suggested they’d seen smoke or fire.

Passengers speaking to CTV News in Abbotsford described the moments of panic on board.

“The lights would come off and on. Over at the window seat, they start yelling, ‘Fire! Fire!'”

Fadhl Abu-Ghanem, who was able to see out the window, said he saw flames coming out of the engine and felt the heat.

“A flight attendant comes and I said, ‘The right engine’s on fire!’… I started texting my mom saying, ‘Something’s wrong with the airplane. I love you.'”

A Facebook post from a woman who said she was also on the plane at the time said passengers were told “one of the engines sucked up some geese.”

She said they smelled smoke in the cabin, and were told the 737 was turning around because it was down to one engine. 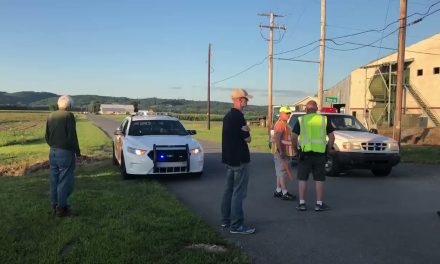 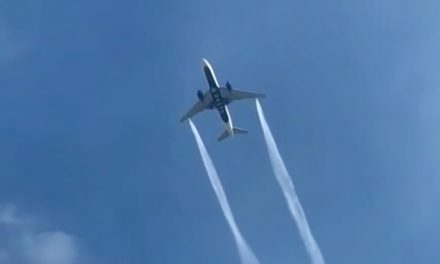 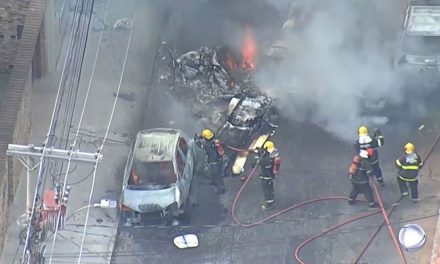