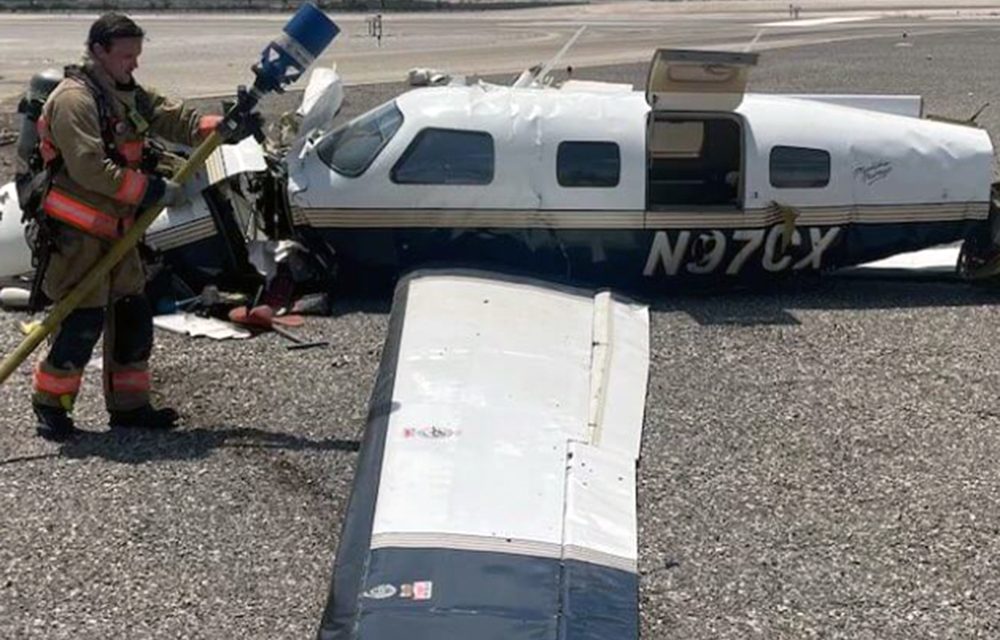 A Piper Malibu collided with Cessna Skyhawk over KVGT.

Officials from the FAA and the National Transportation Safety Board are investigating a midair collision at North Las Vegas Airport (KVGT) that killed four people.

According to the FAA, a Piper PA-46 Malibu Mirage and Cessna 172 Skyhawk collided Sunday in the traffic pattern at the airport.

“Preliminary information indicates that the Piper PA-46 was preparing to land when it collided with the Cessna 172,” the FAA stated in an email, “The Piper crashed into a field east of Runway 30-Right and the Cessna fell into a water retention pond. Two people were aboard each aircraft”

The names of the deceased have not been released, pending identification and notification of next of kin.

According to the Aviation Safety Network, the Piper was inbound from Coeur d’Alene Airport/Pappy Boyington Field, (KCOE) and the Cessna 172 was part of the fleet at Airwork Las Vegas, a flight school at KVGT. The accident flight was an instructional flight for the 172.

The accident happened at 12:02 p.m. in VFR conditions. According to preliminary information released by authorities, Piper N97CX  was supposed to land on Runway 30L and Cessna N160RA was assigned Runway 30R. The aircraft collided on short final.

The pilot of the Cessna was practicing touch and goes. According to a recording on LiveATC, Cessna N160RA requested and was approved for a short approach to Runway 30R.

The following call on the recording was from N97CX, reporting  a descent with intentions to land on Runway 30L, by crossing midfield to enter the pattern. The tower acknowledged the Piper and advised it would be landing on Runway 30L. The instructions for the approach to 30L were acknowledged by the Piper, according to the LiveATC recording.

The Cessna was then cleared for the option to Runway 30R, and when the tower advised the Piper they were cleared to land on 30L, the pilot acknowledged the transmission: “30 left cleared to land, 9 Charlie X-ray.”

The next transmission had a different voice asking, “How many souls on board?” followed by a statement the runways were closed.

There were many witnesses to the accident, and several people captured images of the burning and mangled wreckage and posted it to social media.

The aftermath photos the landing gearless fuselage of the Piper on the tarmac, and video of the Cessna inverted and burning.

Local pilots who witnessed the accident remarked that it took approximately 10 minutes for the fire department to reach the aircraft as they had to come from town. There is no fire department based at the airport. 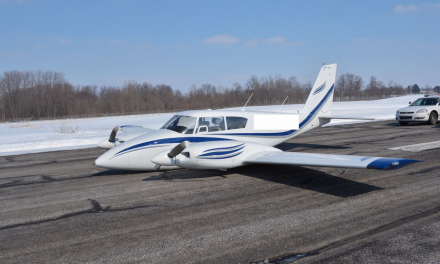 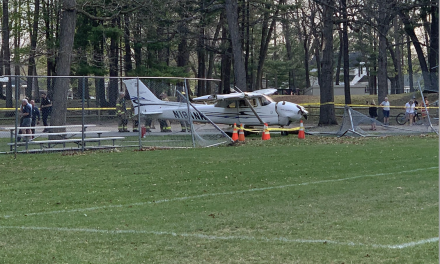