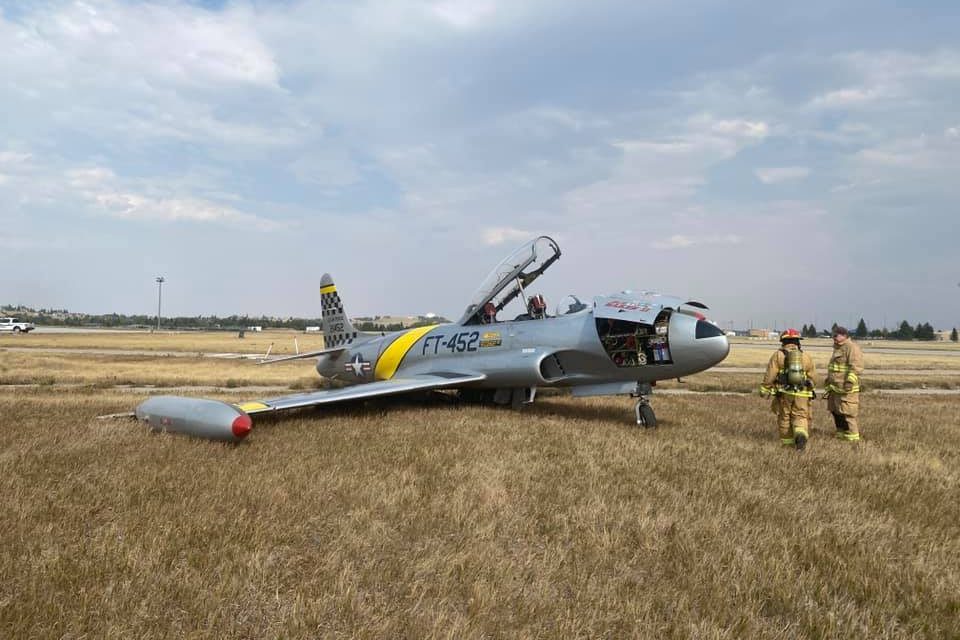 Narrative:
The aircraft experienced a hard landing during a landing attempt in gusting wind conditions at Cheyenne Regional Airport (CYS/KCYS), Wyoming.
The vintage airplane sustained substantial damage and the two occupants onborad were not injured.

Was going to wait to say anything but already getting texts, calls and questions, so figured hear it from me first. We had hard landing at CYS due to a sudden wind direction change/crosswind/gust/micro burst or something just as beginning to flare. The right gear hit hard and no way to spool up engine to help. Control inputs pretty much ineffective. Right main collapsed from side stress/hitting hard. I don’t even remeber doing it but when we came to a stop I went to shut her down but i had already shut down the engine, fuel pumps and electrical system, I had to turn back on the battery to open canopy.

Just Thankful Cameron and I walked away. It was a wild ride, my 37 years of incident free flying comes to an end.

something like this happened once before to me at the Ellsworth AFB show, the wind then lasted just a tad longer keeping me airborne just enough enabling me to spool up the engine. Jim Peitz witnessed it as he took the runway as soon as I went by, then it lifted me pushed me off the runway over the median grass.. thought my tip tank was going to dig into the ground, that time I thought i was a goner but was able to save it.. this time not so lucky