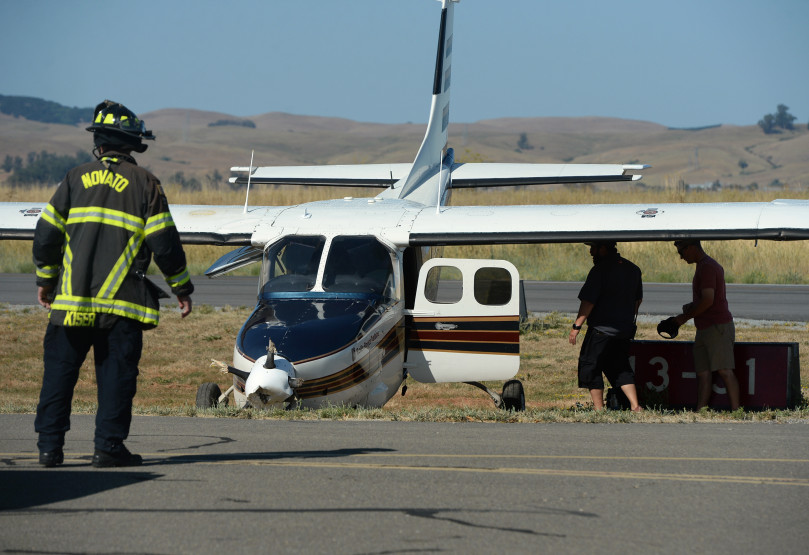 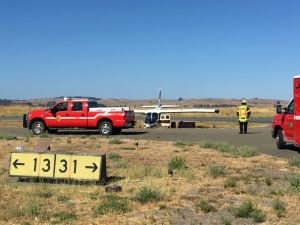 A Cessna rests in a median at the Marin County Airport in Novato after a landing mishap on Aug. 1, 2019. (Alan Dep/Marin Independent Journal)

The incident was reported as a plane crash at about 4:30 p.m. The sheriff’s department later described it as a “hard landing.”

Novato fire Battalion Chief Gerald McCarthy said the plane came down on the runway, went back up in the air and sheared its front landing gear when it came down again. With its nose damaged, the plan veered off the runway and stopped in a grassy median strip.

McCarthy said medics evaluated the three occupants for injuries. One was taken to Novato Community Hospital for treatment of minor injuries, while the others declined further treatment.

No fuel leaked from the plane.

The Federal Aviation Administration was notified about the crash. According to FAA records, the plane is a Cessna P210N manufactured in 1981 and registered to a company in San Francisco. 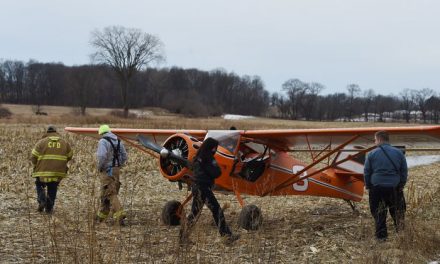 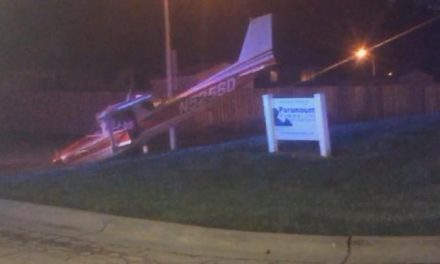