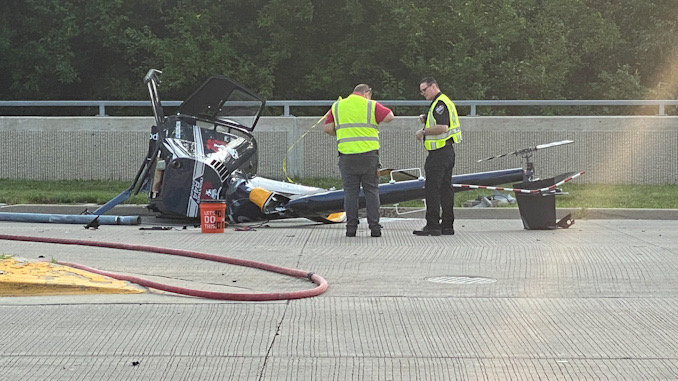 Police and firefighters on arrival discovered a helicopter on the passenger side in the northbound lanes of Milwaukee Avenue at the intersection with Apple Drive in Prospect Heights.

One person — the helicopter pilot — was injured and transported to a nearby hospital by Wheeling Fire Department paramedics. Injuries were initially assessed to be minor.

The helicopter was towed away by Fries Towing and Recover using a rotator crane and a flatbed truck.

The helicopter — a Robinson R44 — was labeled with the web address crownpointrepair.com which is an automotive and trucking repair business.

Milwaukee Avenue was clear in both directions by 9:35 a.m.

The information in this article is an early report published before any summary information was confirmed or released by police or fire authorities.