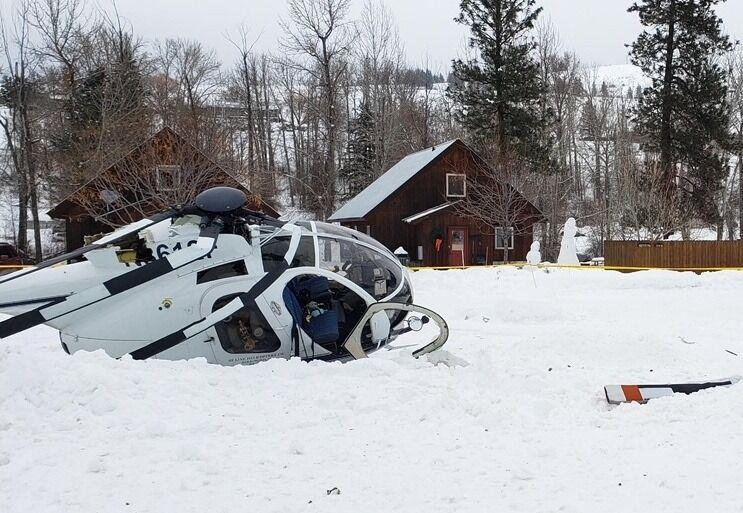 WINTHROP – Okanogan County Fire District 6 says a helicopter toppled after landing on a snow bank in Winthrop on Saturday. Fire officials say the wreck happened near an ice rink.

Okanogan County Sheriff Tony Hawley says mechanical problems forced the helicopter to descend onto the ground. Authorities say pilot and the passenger were not hurt; there were no fuel leaks.

The Federal Aviation Administration has secured the area and is investigating the crash.