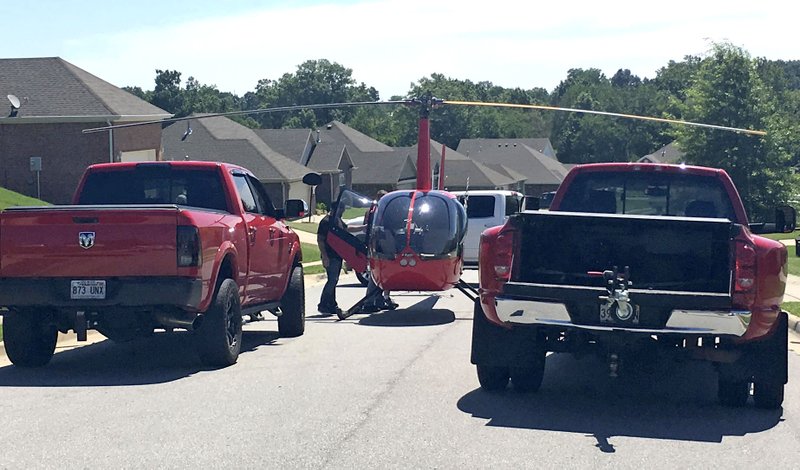 A red helicopter with a pilot and three passengers landed in the middle of Curtis Street.

Police received a report of a helicopter crash at 10:07 a.m., according to Capt. Kris Arthur with the department.

Police found the helicopter in the middle of the street, Arthur said.

“We got here and found everyone safe and sound,” he said.

The pilot said a mechanical failure forced him to land in a safe spot, Arthur said.

“He did an amazing job,” Arthur said. “If I was in a helicopter, I would want him to be my pilot.”

Arthur said police weren’t releasing the name of the pilot or passengers. The pilot must file a report with the Federal Aviation Administration.

Angela Dumas, who lives on McKissic Spring Road, said she was in her backyard and saw the helicopter flying over her house.

Matthew Dumas said he heard the helicopter from inside their home. Logan, their 8-year-old son, rushed to see it.

“I’m happy everyone is OK and that the helicopter missed all the houses,” Angela Dumas said.

Carrie Garcia also lives in the neighborhood. She was in her backyard with her children when they saw the helicopter.

“What a start to the morning,” Garcia said. “I’m so glad that no one was injured.”

The helicopter was coming down fast, she said.

Garcia said she and her children got in their car and rushed to the area expecting to find a crashed helicopter, but instead saw the helicopter in the street. Police were already at the scene, she said.

“The landing was an amazing job by the pilot,” Garcia said. “It was a super quick landing.”

The helicopter was towed to the Police Department. 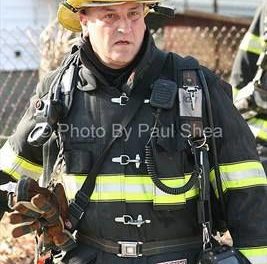 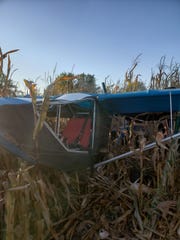 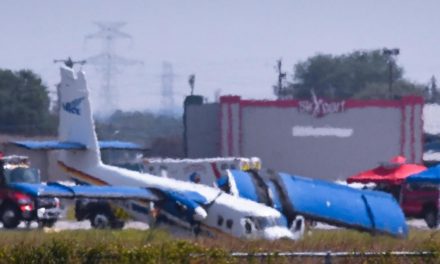