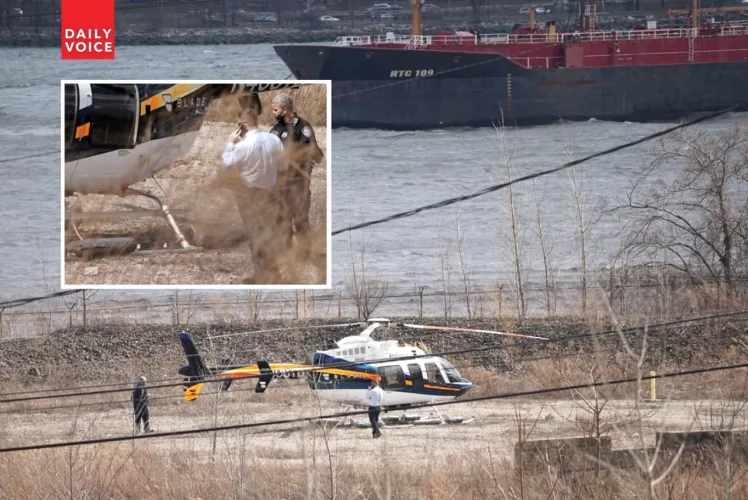 It wasn’t exactly a “Sully” moment, but it turned out OK, just the same, when a sight-seeing helicopter made a safe emergency landing Friday afternoon in Edgewater.

The HeliNY pilot “found a safe spot to land” after an emergency light went on during the area’s high winds shortly before 2 p.m., police said.

He brought the 13-year-old Rotorcraft down softly behind the Mitsuwa Marketplace on River Road, one responder said, adding: “Now we just have to figure how to get it out of there.”

The chopper touched down on a clear, flat spot of land on one of the largest vacant pieces of property a stone’s throw from the Hudson River.

Formerly owned by the Hess Corporation, the area has been targeted for redevelopment and is surrounded by a barbed-wire fence.

HeliNY is a sightseeing, charter, and aircraft management firm with a location at the Downtown Manhattan Heliport at Pier 6 off Wall Street and its headquarters at the Linden Municipal Airport in New Jersey.

Along with emergency responders, the incident drew a gaggle of TV news trucks. 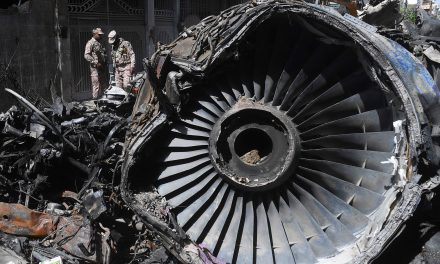