YELLOWKNIFE — Instrument failures, including one before takeoff, compounded by pilot error were behind a fatal airplane crash in the Northwest Territories, says the Transportation Safety Board.

The pilot and the co-pilot were killed when the Air Tindi King Air turboprop plane hurled itself into the bush at more than 700 km/h in January 2019 outside of Wha Ti, a small community northwest of Yellowknife.

“The accident was not survivable,” says the safety board report released Monday.

The plane was on a scheduled run from Yellowknife to two small communities and the Ekati diamond mine. Wha Ti was its first stop, about 40 minutes flying time from Yellowknife.

Before leaving, the report says, the plane’s co-pilot noticed one of its attitude indicators wasn’t working. The instrument displays the plane’s position relative to the horizon.

The report indicates the pilot said the instrument would start working once the flight was underway and it had warmed up. It never did.

As the plane, flying on autopilot, approached Wha Ti, its second attitude indicator stopped working. That automatically shut off the autopilot, which forced the pilot to resume manual control while flying through heavy cloud.

The pilot was unable to establish his plane’s position without the crucial instruments, the report says. The plane began banking left, slowly at first, then more steeply.

“Neither crew spoke of the aircraft’s changing attitude,” says the report. “It is likely at this stage that the captain experienced unrecognized spatial disorientation.”

The report suggests the pilot’s ability to handle a plane with partial instruments may have been rusty.

“Such skills deteriorate over time,” it says. “It is likely that the captain was not proficient in partial panel flight.”

The flight path indicates the pilot tried to correct his error when the plane left the clouds about 700 metres above the ground. The aircraft left a trail of debris through the trees nearly a kilometre long.

The TSB says Air Tindi has improved its maintenance and equipment checklists and has stepped up training for partial instrument situations.

This report by The Canadian Press was first published April 27, 2020

— By Bob Weber in Edmonton 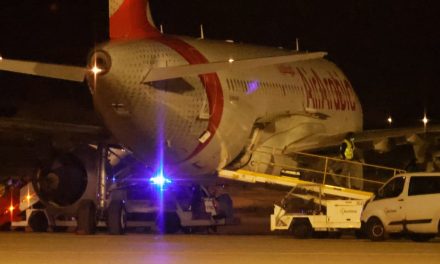