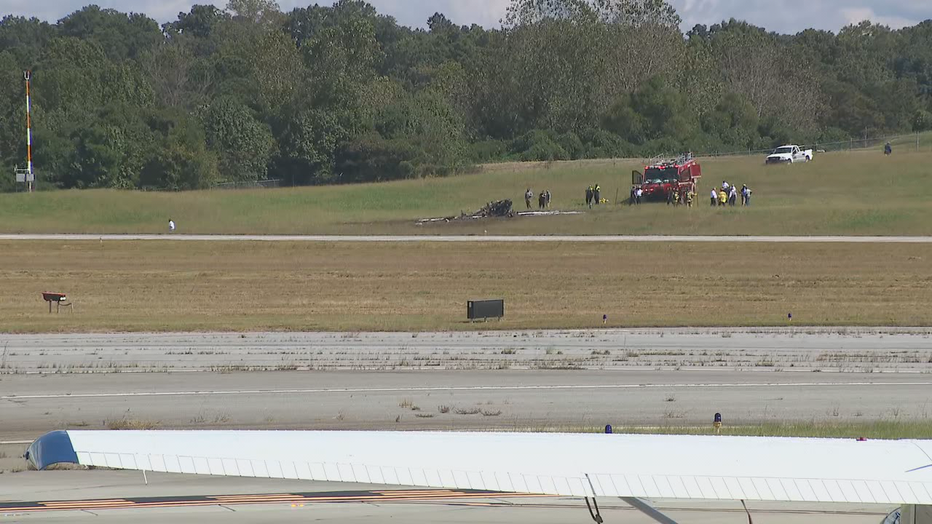 DEKALB COUNTY, Ga. – Federal investigators will be out at DeKalb-Peachtree Airport early Saturday morning to begin their investigation into the fiery plane crash that killed four people Friday afternoon.

According to the Federal Aviation Administration, a single-engine Cessna 210 crashed at PDK airport around 1:11 p.m.

The aircraft caught fire after crashing, and large flames and smoke were seen at the crash site.

“It happened pretty fast,” said photographer Keith Berry who witnessed it happen. “And the fire, it turned over and smoked for a second, and engulfed in flames.”

Berry, who is a professional photographer, often comes to PDK to take photos of the planes. The owner of Images By Keith was at the airport grabbing some photos through the airport’s fence during a lunch break when he saw the plane come down.

“As you can see, it crashed, it landed, and I don’t know if it was just a hard landing but it flipped and then it caught fire,” Berry said.

Berry said he doesn’t want to speculate on what might have been happening, but he just knows he saw.

“The plane just came and landed and it bounced a bit and when it bounced, that’s when it tipped on its side,” he said.

Berry said he didn’t even shoot while it was coming in because he was in disbelief of what he was seeing.

Steven Lemasters and his family were inside Downwind Restaurant and Lounge that overlooks the airport runways when he looked outside to see the plane on fire.

“It was just interesting watching the shock increase and shock is the right answer for it people were hands of heads… just bewildered,” Lemasters said.

“My dad was actually the one who saw the motion out of the corner of his eye, he saw, what he realized was the plane moving off of the runway,” Lemasters said. “Wasn’t sure if it was taking off or landing down, but as soon as I looked over, by the time (snaps) happens in a flash, but it was already up in flames.”

Lemasters captured those flames on his cellphone.

“One of the wildest parts of it was we didn’t hear a thing and you know, all the engines going around it in the airport, we thought we would have heard an explosion or something, but it was dead quiet,” Lemasters said.

He said he initially thought this was a drill, but that idea was quickly cast aside.

“At the end of the day, some family is going to get a call that they did not expect on a beautiful, sunny Friday, he was probably out there, I don’t know, he could have been like just practicing flying. I mean, it’s not a call you expect,” said Lemasters.

Lemasters said he and his family are frequent patrons of Downwind and said they have never seen anything like this.

“What was so tragic was that we watched it for a couple of minutes and obviously, incredibly big fire going on with all that jet fuel that was involved, and didn’t see anyone walk away from the plane,” Lemasters said. “I think that’s what sort of broke everyone.”

PDK airport was shut down for a time following the crash, FOX 5 has confirmed, but has since reopened.

The identities of those killed in the crash have not yet been released.

The FAA and National Transportation Safety Board are conducting an investigation.

The NTSB said its investigative team will look at radar data, weather information, air traffic control communication, airplane maintenance records and the pilot’s medical records as well as inspect the wreckage and document the scene. The team will try to determine the intersections of the human, machine, and environmental factors and what role each played.

A preliminary report could take up to 15 days and the full investigation could take between 12 and 24 months to complete.

This is not the first deadly crash at PDK. Seasoned air show veteran Greg Connell was killed during an air show at the airport back in May 2016. 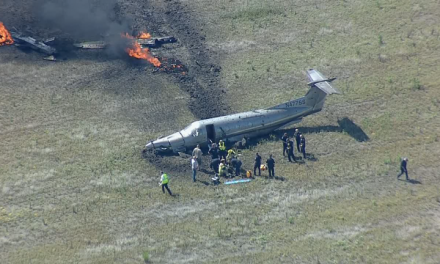 One injured in plane crash near Mesquite Metro Airport 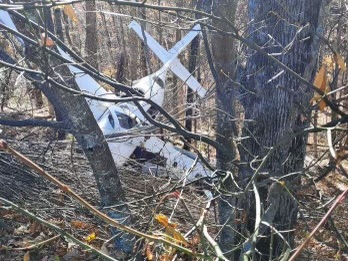