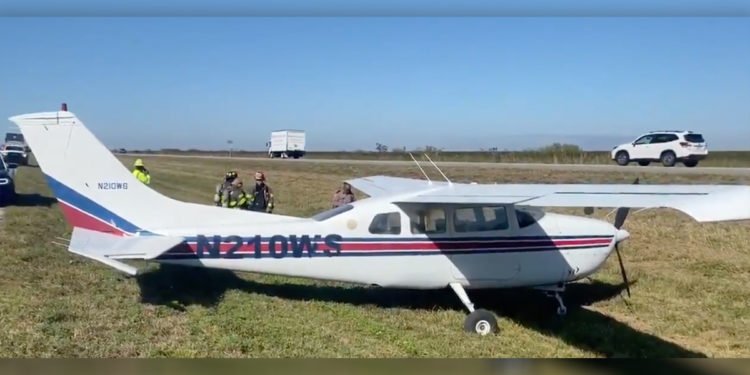 ‘I went down real low and buzzed one of the cars just to get a gap in the road,’ David Olin says

BROWARD COUNTY, Fla. — A small plane piloted by a Jupiter man made an emergency landing Wednesday morning on Interstate 75 in western Broward County.

Olin said the flight to Key West was going smoothly, but at 4,500 feet, the engine started running “really, really rough.”

“We started troubleshooting. … We switched the fuel tanks. We put the fuel pump on. That just made it worse. … We just went up and down and troubleshooted everything we could, and nothing was making it better, and we were losing altitude,” Olin said.

He said he radioed air traffic control, saying he was going to try and land at Fort Lauderdale Executive Airport, which was about 20 miles away. However, it quickly became clear they would either have to land in the Everglades or on I-75.

Olin, who is also an engineer, said he quickly looked for a spot to safely put the aircraft down amid traffic, toll booths and signs along the road.

“I went down real low and buzzed one of the cars just to get a gap in the road just to let him know I was there, and as expected, he hit the brakes pretty hard, and everybody backed off,” Olin said.

He said this maneuver cleared the way for a “good clear spot,” helping him safely set down the plane.

“In this case, the traffic was spread out enough that I think it was a safe option that we had, and we were lucky that it was kind of as open as it was,” Olin said.

Despite the harrowing landing, he said he wasn’t shaken up by the scary moment.

“It’s one of those things that you kind of train for. My instructor was in the Coast Guard. … It was kind of ingrained in me. It’s just disappointing. It’s a good airplane,” Olin said.

He said he does a lot of work for his company in the Bahamas and the Caribbean and often flies to his destinations.

After the emergency landing, Olin said he and his friend weren’t flying the rest of the way to Key West, renting a car.

Firefighters had to cap a small fuel leak coming from the left wing of the plane, Kane said. 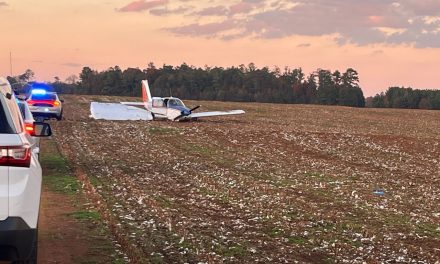