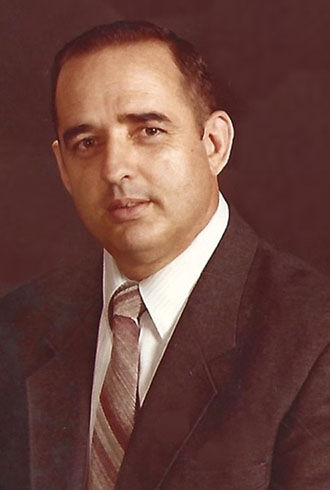 Kenneth R. Gilliam, 80, was born February 23, 1942 to Leroy F. Gilliam and Doris M. Carroll Gilliam, and went home to be with his Savior Jesus on October 14, 2022. Kenneth had a servant’s heart and, at an early age, began his life-long devotion to emergency services, following in the footsteps of his father, Chief Leroy Gilliam, and his grandfather, Orange County Chief of Forestry, Joseph Carroll. He began his fire service career as a volunteer fireman for the Apopka Fire Department and devoted many hours to training and saving lives. He was a certified Red Cross Instructor and a State Certified Fire Trainer. Always monitoring the ever-present 24-hour Plectron Alert System and listening for Apopka’s emergency siren to respond to the fire or medical dispatch emergency call.

His professional career continued in the fire service as a full time fire fighter for Kennedy Space Center working during the Apollo series. He received a call from Orlando Chief Paul Pennington in the early 1970’s to be hired as the First Lt. for the Walt Disney Fire Department (Reedy Creek Improvement). His professional devotion to fire/safety administration, and the many certified classes he taught for the Central Florida Council, led to an offer to create the Loss Control Department for the Florida Farm Bureau Insurance Company. He was promoted to Vice President and, through his continuing education and advancement, received a BS Degree from Rollins College and became a Certified Safety Professional (CSP) by exam. When Florida Farm Bureau reduced their services, he resigned and formed a Loss Control Company and a Health and Life Insurance Agency with his wife, Alison. His career included being the Director of Emergency Services for Alachua County, Gainesville, Florida, and a government career in Washington, D.C. as Safety Expert for the Smithsonian and Federal Aviation Administration.

Ken was a published author of training manuals for the International Fire Service Training Association and traveled internationally representing the Federal Aviation Administration until he retired in 2006. He continued working doing consultant work in fire services.

Kenneth graduated from Apopka Memorial High School in 1959, and then Florida Christian College, Polk County College and Rollins College. While a small boy, his grandfather, Joe Carroll, raised alligators, and there are many pictures and stories about the “gators” and Ken soon had the nickname “Gator”. Ken learned the skill of how to “grunt” the gators. His family were members of the Apopka Sportsman Club, and Ken enjoyed hunting with his family and friends all over the United States. Memories were made with Bill Morris, Larey Beasley, Kim Dunn, Eric Dougherty, Boo Gilliam, his uncles, Dad, grandfathers, cousins and children. Ken enjoyed the hobby of historical re-enactment, portraying his southern ancestor and as a chaplain for the unit.

Ken was a long-time member of the Church of Christ serving as a preacher, deacon, teacher and Elder, and was always ready to spread the Good News about our Savior.

He lived in Orlando, Apopka, Gainesville, FL, Vienna, VA, Clarcona, FL, Johnson City, TN. He served in the United States Navy with active duty from 1961-1965, stationed in Japan as a communications technician.

Always wanting to live his life for the greater good, and with a servant’s heart, Kenneth Gilliam donated his body for research to Restore Life USA, P.O. Box 1113, Elizabethton, TN 37644. A second Celebration of Life will be held in Apopka, FL in November for family and friends that were unable to attend the service in TN.

Online condolences to the family can be emailed to kengilliam@gmail.com 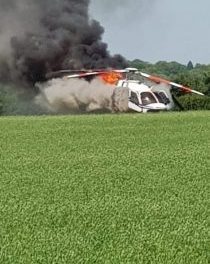