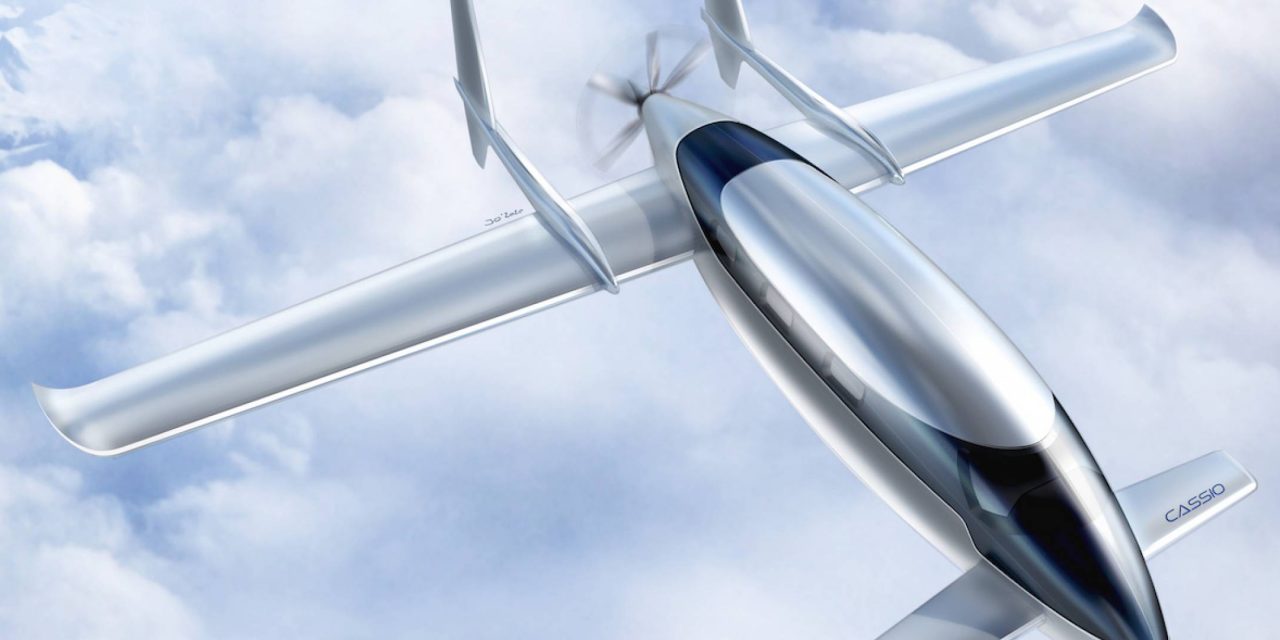 VoltAero is to work with on-demand charter provider KinectAir to explore possibilities for bringing its hybrid-electric Cassio fixed-wing aircraft into commercial service. U.S.-based KinectAir will explore ways to integrate its planned flight booking app with the Cassio’s cockpit to make it easier to track aircraft availability and utilization.

France-based VoltAero is developing a family of aircraft seating between four and 10 people that will be able to fly up to around 800 miles at speeds of around 200 knots. The aircraft are intended to be able to take off and land with no more than 1,800 feet of runway.

VoltAero claims it can complete type certification under EASA’s CS-23 rules for the initial four-seat Cassio 330 model in late 2022. On July 23, it intends to complete a first demonstration flight of the first Cassio prototype at its headquarters at Royan-Medis Airport in southwest France. This aircraft will be fitted with the 600-kW hybrid-electric powertrain for the 10-seat Cassio 600 model.

A spokesperson for KinectAir told AIN that the company intends to be a launch customer for VoltAero, with plans to order between 10 to 20 of the Cassio aircraft. Earlier this month, the startup announced plans to introduce a mix of charter and fractional ownership programs using various aircraft types, some of which would be leased. Eventually, it intends to include eVTOL aircraft in its fleet.

The basis for the Cassio’s proprietary propulsion system is an internal combustion engine that drives three 60-kW electric motors. In standard operations, the electric motors would be used for takeoff and landings (partly to reduce noise), with the engine extending range.

KinectAir says that its smartphone app will allow users to book flights directly from the nearest airfield. “Partnering with VoltAero during Cassio’s development also allows our software platform’s functionality to be integrated directly into the aircraft’s ‘intelligent cockpit,’ which will enable a two-way interface for the rapid exchange of intelligence between the network and the aircraft as a node,” commented KinectAir CEO Jonathan Evans.