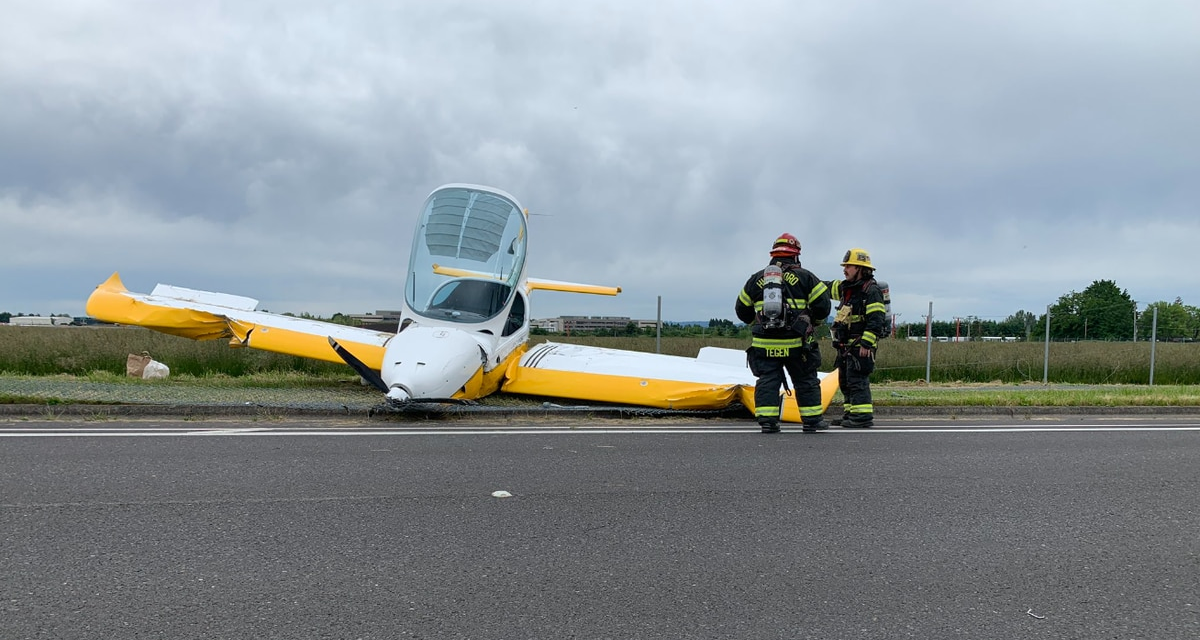 PORTLAND, Ore. (KOIN) — A small aircraft was forced to make an emergency landing in Hillsboro on Tuesday afternoon.

Firefighters are on the scene of the emergency landing at Northeast Evergreen Road and Northeast 25th Avenue. Authorities say the plane had crashed on the grounds of the Hillsboro Airport at the end of one of the runways in the grassy area, then went through a fence.

The plane reportedly crashed because it lost power after taking off.

Hillsboro Fire & Rescue says there were two people on board, but they were able to get out by themselves and walked away uninjured.