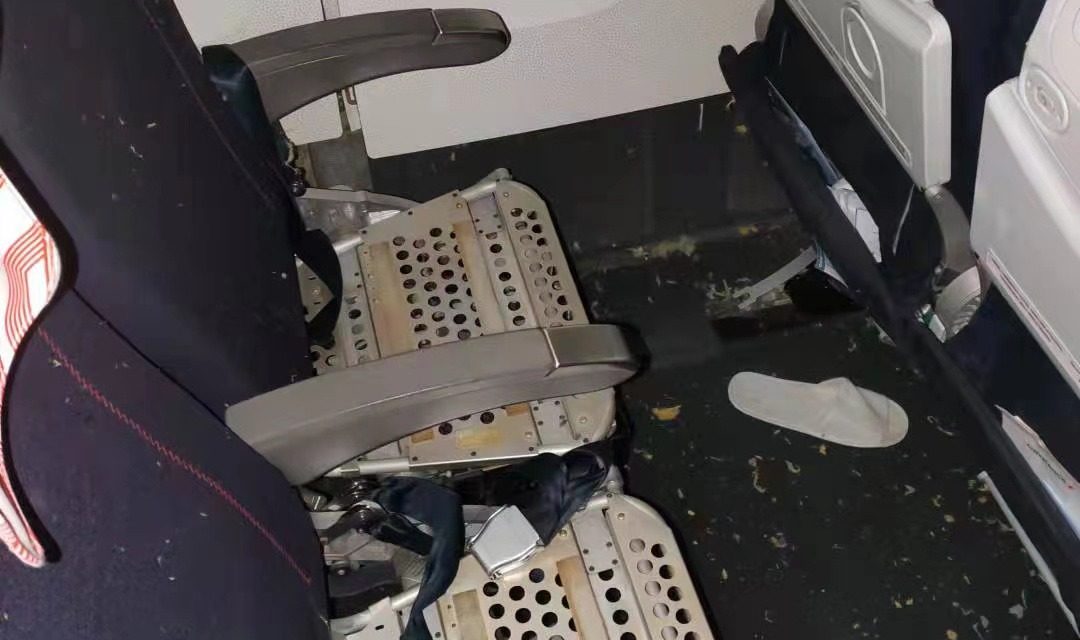 On Saturday morning Air France flight AF393 from Beijing to Paris burst a pipe in the passenger cabin, reported as an ‘explosion’, which forced the Boeing 777-300 to turn back around and land.

The cockpit crew stopped their climb out around 3000 feet after the loud bang and landed 14 minutes after the flight had departed. There was black smoke in the cabin, and passengers in the back of the plane ran forward. Flight attendants came from the front of the plane with fire extinguishers towards the seats at row 52 where there was “some kind of debris splashing out.”

There doesn’t appear to have been smoke or fire in the cabin, but passengers report a burning smell, followed by a power failure in the cabin, though lights were returned during the plane’s return to the airport. With the air conditioning compromised temperature in the cabin began to rise.

According to Air France there was “a failure of a pneumatic system on the aircraft led to overpressure in one of the air conditioning pipes, which spread residue and dust in the cabin.”

Though the plane was on the ground quickly there were some reports of a delay due to air traffic control having to get permission for the aircraft to take a relatively direct route since that involves restricted airspace. The vast majority of air corridors in China are controlled by the military.