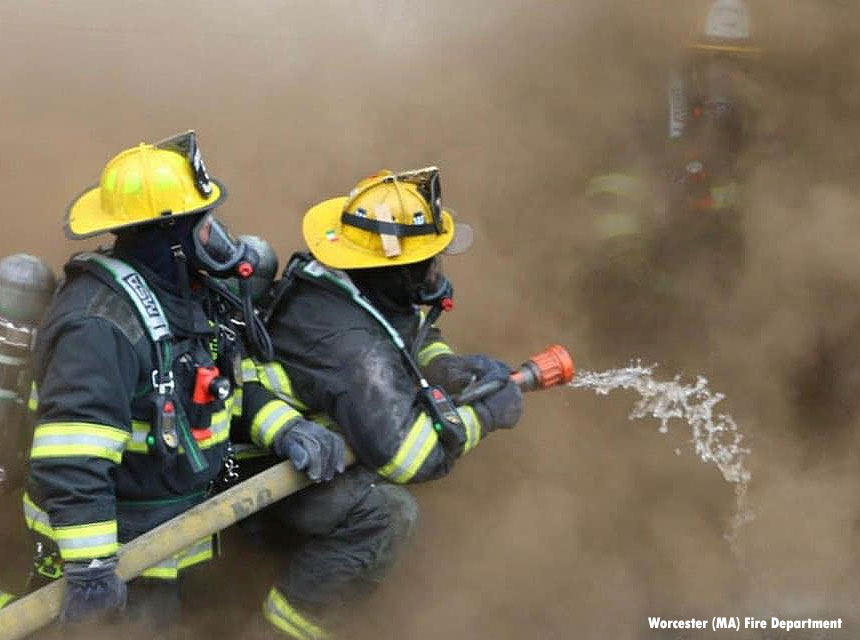 Several Worcester (MA) firefighters who have been diagnosed with cancer filed a federal lawsuit over so-called “forever chemicals” in firefighter turnout gear, according to the Telegram and Gazette. A separate lawsuit was also filed on behalf of firefighters with the Fire Department of New York (FDNY).

Filed on Tuesday, the lawsuit alleges that the perfluoroalkyl and polyfluoroalkyl (PFAS) substances in the firefighters’ personal protective equipment (PPE) caused their illnesses, and that the corporations who sell the products are engaged in a “continuous and ongoing public deception” regarding their risks.

A recent study confirmed researchers’ concerns over PFAS in bunker gear. “You guys [firefighters] are getting occupational doses and until now, nobody knew about it,” said Dr. Graham Peaslee of Notre Dame, who also conducted studies on the chemicals and firefighter gear. “This paper is going to re-emphasize that we treat this gear with respect—that we keep it sequestered from our other laundry, that we rewash it before we wear it, that we keep it sequestered from other use if you’re not actively using it.”

According to the Environmental Protection Agency (EPA), PFAS break down very slowly over time and can build up in people, animals, and the environment. The EPA also notes that PFAS may lead to an increased risk of some cancers, including prostate, kidney, and testicular cancers, as well as reproductive issues, immune system and hormonal deficiencies, and developmental problems in children who are exposed to the chemicals.

The lawsuit says the Worcester firefighters involved in the suit had lab tests that confirmed “significantly elevated” levels of PFAS in their blood, according to the Telegram. Four current and retired firefighters who have served the City of New York as firefighters additionally filed suit on Tuesday over PFAS exposure.