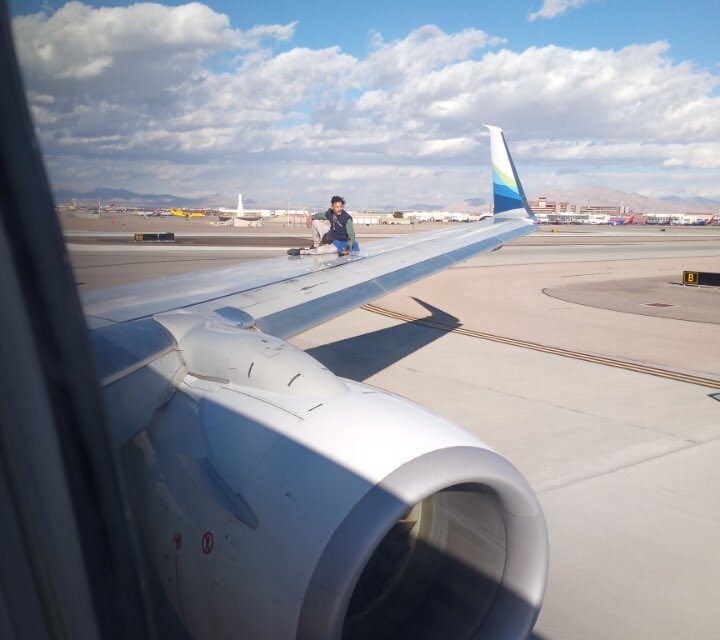 Alaska Airlines flight 1367 from Las Vegas to Portland departed over 4 hours late on Saturday after a a man drove a truck through the fence at Las Vegas McCarran International Airport and onto the tarmac – and proceeded to climb onto the wing of the Boeing 737-900.

You can see that he doesn’t stop there. He badly wants to scale the winglet. But he struggles, so he tosses his shoes overboard – at police. Perhaps his feet will give him better traction.

A flight attendant on the aircraft announces that police “need to exit the aircraft through the overwing exit.” Fifty five seconds into this video the man loses his balance and falls off the plane. Thud! He’s surrounded by officers and taken into custody.

According to Alaska Airlines,

Around 2 p.m. PST, Alaska Airlines flight 1367 from Las Vegas to Portland was preparing for take-off when the pilot noticed an individual advancing towards the aircraft. The pilots notified the tower. Law enforcement was dispatched and able to apprehend the individual. Our guests and employees are safe and we are working with law enforcement. The plane has returned to the gate for a full inspection.

What happens in Vegas is supposed to stay in Vegas but this is rocketing around the world. 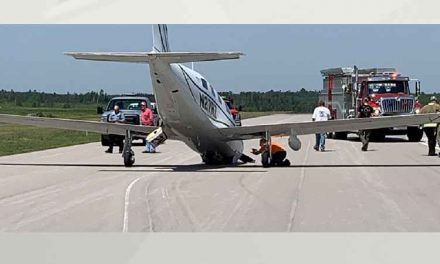