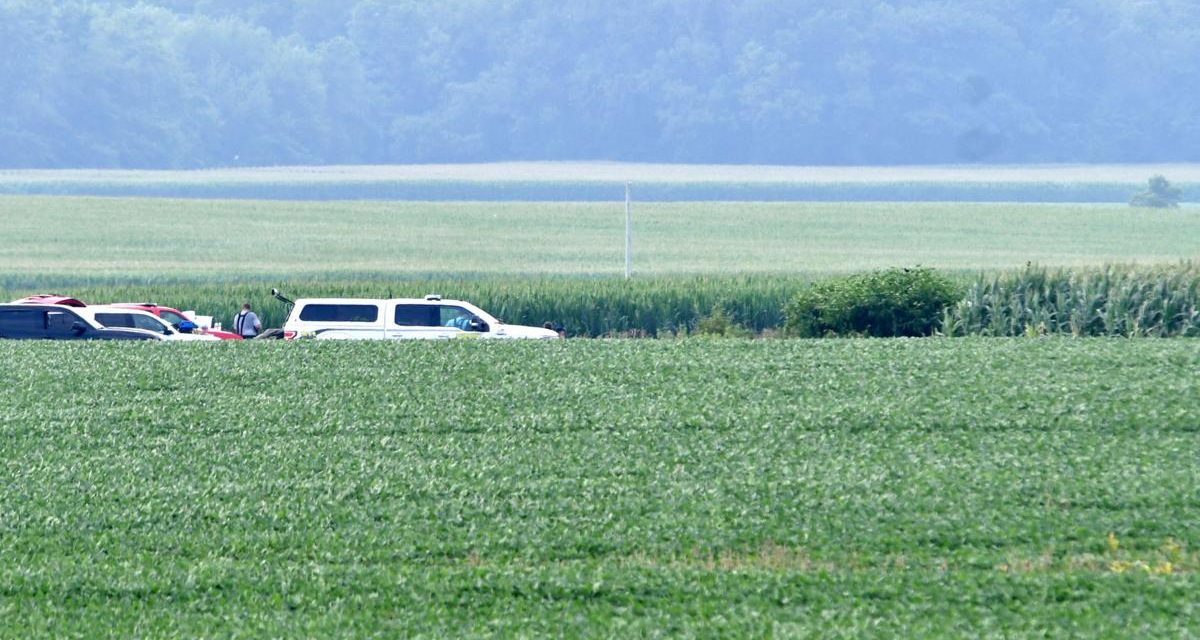 Over a dozen emergency vehicles lined the gravel road on 178th Street, off Highway 38 and about 4 miles north of Muscatine, as search parties combed through the head-high corn looking for any other passengers and wreckage. The plane, which the National Transportation Safety Board (NTSB) is reporting was a Piper PA-28-180, was not visible from the road and was obscured by the corn.

“At about 2:30 p.m. we received a call from the Quad City Air Traffic Control reporting they had lost contact with an airplane in this area,” Riess said. “Wilton Police Department, the Muscatine County Sheriff’s Office and the Muscatine Police Department all sent cars out. We were able to locate a downed aircraft.”

Riess did not say if there were any additional victims but said the names of the two victims, the number of the plane, the departure location and destination are all being withheld until after an investigation by the Federal Aviation Administration. He said the FAA and the NTSB would be on scene Thursday morning.

He said site security would be posted all night, and people are asked to avoid the area. He said once grid searches are complete, the Iowa State Patrol drone would be used to map the crash site.

Riess said as far as investigators could tell there had been no explosion or fire when the plane hit.