Night-flying air tanker crashes while working on wildfire in Colorado 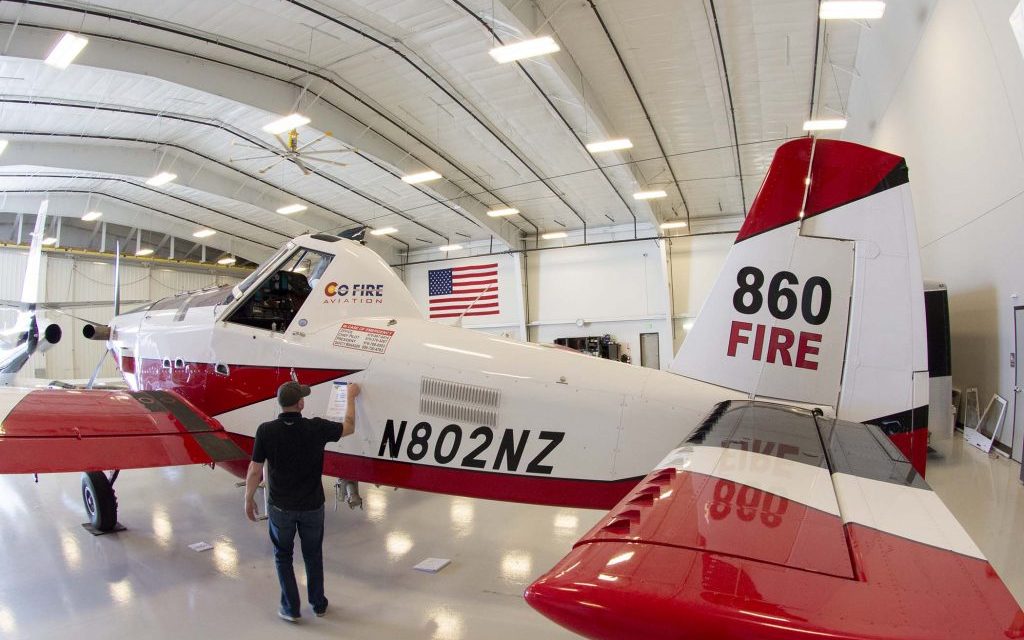 The pilot was killed

An air tanker that was working the Kruger Rock Fire southeast of Estes Park, Colorado Tuesday night November 16 crashed, killing the pilot, the only person on board. The Single Engine Air Tanker (SEAT) had taken off from Northern Colorado Regional Airport, formerly known as the Fort Collins-Loveland Municipal Airport, at 6:13 p.m. MST Nov. 16 and disappeared from flight tracking 22 minutes later at 6:35 p.m. MST. Earlier in the day it departed from the Fort Morgan, Colorado airport, orbited the fire about half a dozen times, then landed at Northern Colorado Regional Airport at 4:38 p.m. MST.

The incident was first reported by CBS Denver. Marc Sallinger, reporter for the station, had interviewed the pilot earlier in the day, and wrote on Twitter, “My thoughts and prayers are with the pilot who took off tonight, so excited for this history-making flight. He told me ‘this is the culmination of 5 years of hard work.’ He showed me his night vision goggles and how they worked. He was so kind. Holding out hope for him.”

Eyewitnesses reported the crash at approximately 6:37 p.m., but in the dark it was very difficult to pinpoint the location. After three hours of searching, firefighters found it near the south end of Hermit Park. Unfortunately the pilot was deceased.

The aircraft was an Air Tractor 802A, registration number N802NZ, owned by CO Fire Aviation. In 2018 we wrote about the company’s efforts to configure this aircraft for fighting fires at night. Helicopters have been doing it off and on for decades, but a fixed wing air tanker dropping retardant on a fire at night is extremely rare. In 2020 and 2021 CO Fire Aviation had one of their SEATs working on a night-flying contract in Oregon. The company says they are the only operators of night-flying fixed wing air tankers.

Earlier this year a video was posted on YouTube that featured CO Fire Aviation conducting a night-flying demonstration at Loveland, Colorado. That segment begins at 8:15 in the video.

At 6 p.m. the Larimer County Sheriff’s office said the Kruger Rock Fire had burned about 133 acres. More information about the fire.

Our sincere condolences go out to the pilot’s family, friends, and coworkers.