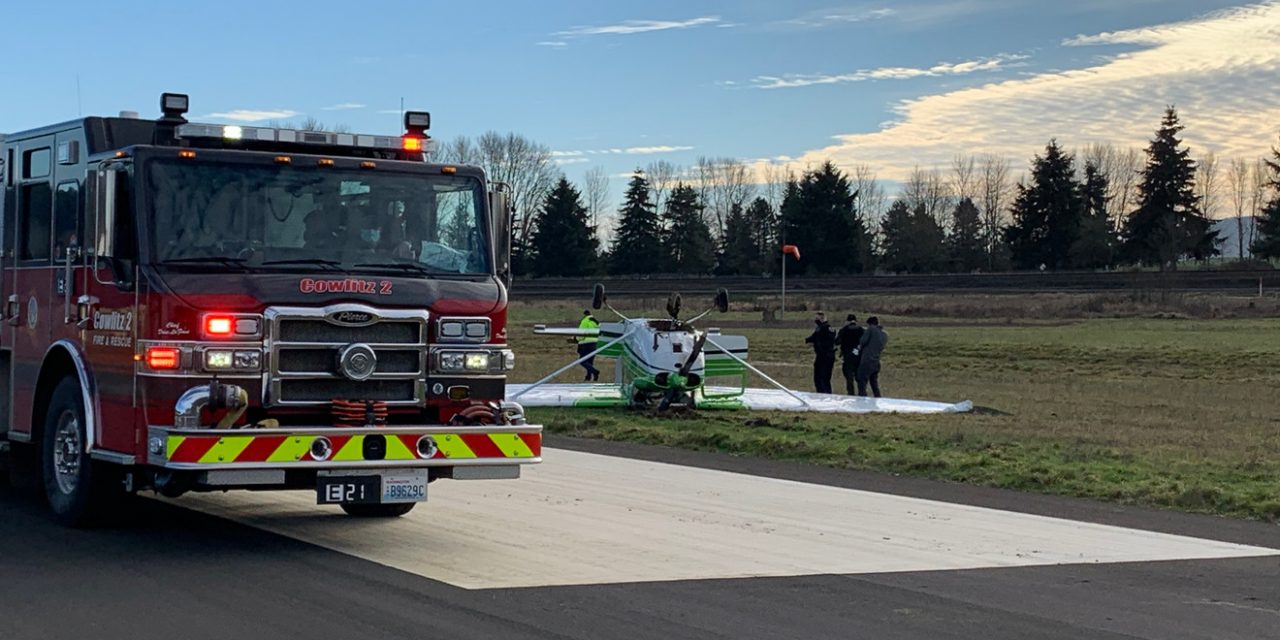 A single-engine plane ran off the Kelso airport runway and flipped over Thursday afternoon, but there were no reported injuries.

According to Cowlitz 2 Fire & Rescue, the accident happened around noon, but the pilot was the only person on board and was uninjured.

The pilot reported that he was unable to steer his aircraft after landing, so it turned off of the runway into the grass, the press release said. The wheels wedged into the soft ground and the aircraft flipped onto its top.

The pilot was able to secure electrical and potential fuel hazards before exiting the aircraft, and law enforcement will investigate the cause of the crash.