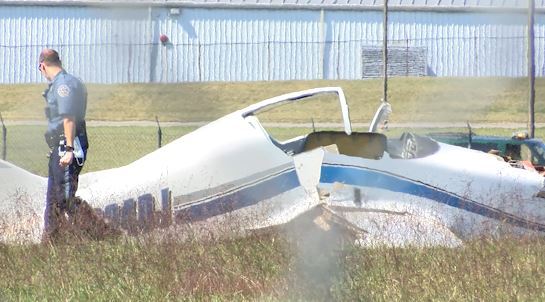 HAGERSTOWN, Md. (WDVM) — Emergency crews were called to the Hagerstown Airport just before noon on Wednesday when a plane crashed with two people on board.

Washington County said the pilot was departing HGR when mechanical issues happened. The pilot tried to make it back to the runway, but crashed a few hundred feet short. Dispatchers said the single engine two-seat airplane crashed, but did not catch fire.

The two people on board were not injured, according to dispatchers.

The airfield is back to normal operations as of 4 p.m. Wednesday.