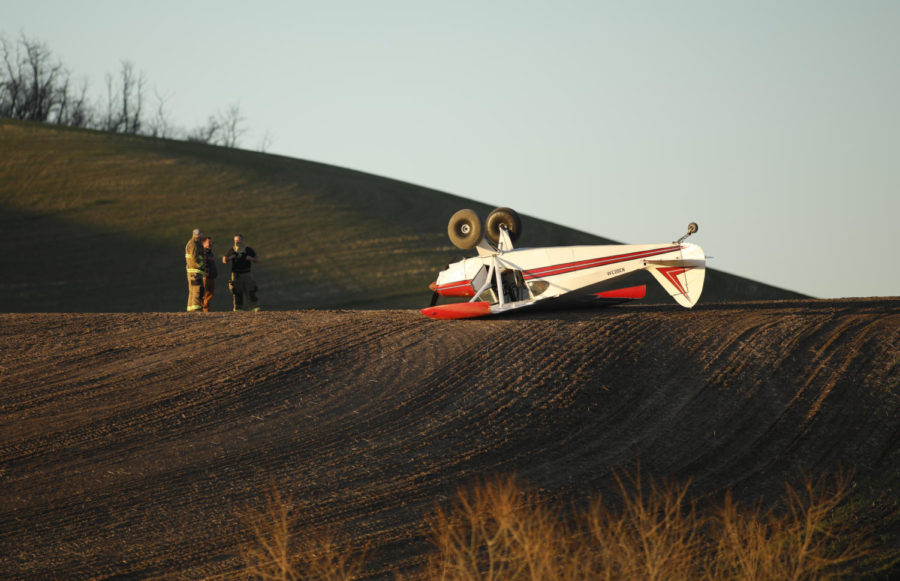 No one was injured after a small one-person aircraft crashed around 6:35 p.m. today in a farmer’s field near NW Terre View Drive and NW Marshland Street.

A middle-aged man was piloting the aircraft, said Ryan Scharnhorst, assistant fire chief and operation officer for the Pullman Fire Department. The man was evaluated on the scene by first responders, which included one fire engine, an ambulance and two law enforcement officers.

The aircraft was upside down when first responders arrived, he said. The aircraft received minimal damage that is easily repairable.

The man was doing touch-and-go landings, which involves repeatedly taking off from the ground and touching down again without stopping, said Pullman Police Sgt. Todd Dow. The aircraft was moving at low speeds.

Scharnhorst said it is possible windy weather caused, or played into, the aircraft flipping over.

The scene was cleared around 8 p.m., he said.

The accident had the best possible outcome, he said. No one was injured and nothing was majorly damaged.

“It was a lucky accident,” Scharnhorst said.