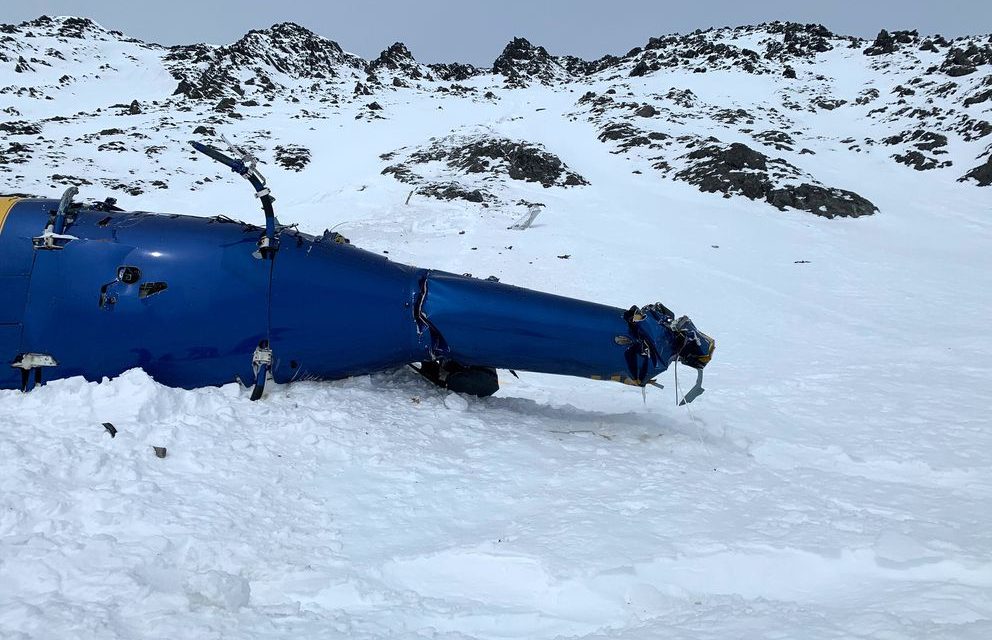 A helicopter that crashed Saturday evening near the Knik Glacier, killing five of six people aboard, just missed clearing the top of a mile-high mountain ridge, according to federal investigators.

The Airbus AS350B3 carried two guides and three clients from a lodge on a heli-skiing expedition in the steep, snowy backcountry of the Chugach Mountains near Palmer.

Among those killed, along with the Soloy Helicopters pilot, were a billionaire businessman considered one of the wealthiest men in Europe, along with luminaries in the worlds of snowboarding and heli-skiing.

Investigators say they’re just starting to examine what caused the helicopter to slam into an unnamed 6,000-foot peak, just 10 or 15 feet from the top of a ridge.

Killed in the crash were: Gregory Harms, 52, of Colorado; Petr Kellner, 56, and Benjamin Larochaix, 50, both of the Czech Republic; and two Alaskans, Sean McManamy, 38, of Girdwood, and the pilot, Zachary Russell, 33, of Anchorage, according to Alaska State Troopers.

The lone survivor — David Horváth, a 48-year-old Czech snowboarder — was in serious condition Monday at Providence Alaska Medical Center, a hospital spokesman said. No additional information was immediately available about the extent of Horváth’s injuries.

The helicopter crashed about 21 miles southeast Palmer on a mountain between Metal Creek and Grasshopper Valley, above the Knik Glacier. The remote crash site and a pending snowstorm made for a challenging recovery effort, federal officials say.

An investigator managed to get photographs of the wreckage before snowfall obscured the site, National Transporation Safety Board officials said during a briefing Monday.

“We wanted to document the area to the best of our ability before the snow came,” said the safety board’s Alaska chief, Clint Johnson, on Sunday after returning from the scene.

Soloy, a longtime family-owned business based at Wasilla’s airport, declined to comment Monday. Soloy provides various charter services with a fleet of 19 helicopters.

Tordrillo Mountain Lodge is about 60 miles northwest of Anchorage, across Cook Inlet. The lodge bills itself as a luxury multi-sport resort, and offers guided heli-ski packages through the winter that start at $15,000 per person.

A statement from lodge said this was the first time in its 17 years in business “we’ve had to face an event of this measure.”

“After a huge effort to get here @daviddhc and crew are back in Alaska chasing the dream of endless winter and shredding with good friends,” said the post by Harms’ company, Third Edge Heli.

The helicopter’s last signal broadcast around 6:35 p.m. Saturday, officials said during Monday’s media briefing. The helicopter was reported overdue around 8:30 p.m. Another operator participating in the search found the wreckage at about 9:30 p.m.

Harsh terrain made it impossible for National Transportation Safety Board investigators to reach the crash site and snowfall was expected, board member Tom Chapman said during the briefing.

So troopers flew Johnson to the crash site, where he shot photos of the wreckage before snow covered it, Chapman said. Johnson described the helicopter impacting the mountain at about 5,500 feet, just below the ridge line, before rolling 800 or 900 feet downhill.

The NTSB will examine weather, recording devices, mechanical aspects and human performance, said Chapman, who said preliminary reports described relatively clear weather in the area and the helicopter was believed to carry a recording device.

“Our mission (is) to understand not just what happened but why. And to recommend changes to prevent it from happening again,” he said during the briefing, according to a transcript.

Word of the crash, a rarity in the heli-ski industry, quickly spread around the world.

Kellner was a billionaire businessman and financier with a net worth over $17 billion, according to the Forbes 2020 list of the world’s richest people.

Kellner owned a 98.93% stake in the PPF Group, an international investment company, according to the Associated Press. The group operates in 25 countries in Europe, Asia and North America with assets of $52 billion. PPF Group confirmed Kellner’s death.

“His professional life was known for his incredible work ethic and creativity, but his private life belonged to his family,” a message posted on the PPF Group website said.

The funeral is planned for only close family members, and the company asked the media to respect the privacy of the family.

Kellner and Larochaix “were loyal and frequent” guests at the lodge, Pruitt said in an email to the Associated Press.

She did not immediately respond to additional questions emailed Monday.

Benjamin Larochaix, 50, was an experienced snowboarder from Saint-Martin-de-Belleville, France, the Le Dauphiné newspaper reported. The Alaska State Troopers had described Larochaix as being from the Czech Republic.

The French newspaper described Larochaix as a slopestyle snowboarder and coach, as well as the father of French snowboarders Thaile and Noé Larochaix. In a profile on the website of Belgium’s Verdad Snowboards, Larochaix said the Tordrillo Mountains were some of his favorite in the world.

‘Going to these incredible locations’

Members of Alaska’s close-knit, heli-ski community expressed shock and sadness at the sudden loss of several luminaries in a rare crash.

Greg Harms, 52, of Colorado, was a pioneer in the heli-skiing world, said his friend Chris Davenport, an Aspen-based skier and guide.

Harms had been guiding for 23 years and was known as one of the most experienced and respected ski guides in the industry, famous for taking skiers to unfrequented mountains where they could go “deeper, further, do something a little more interesting,” Davenport said.

Nominally based out of Aspen, he lived a nomadic skiing life following the best snow: Colorado in early winter, Alaska in the spring, the Andes in the summertime. Harms had recently become a father, according to Davenport.

“His clients would follow him, he was kind of the Pied Piper of heli-skiing, going to these incredible locations,” Davenport said.

In the 1990s, Harms survived a helicopter accident in Chile that killed two people, Davenport said.

In general, however, avalanches are seen as a much bigger risk than aviation crashes, he said. “When I first heard Greg had been killed, my initial thought was that it was an avalanche. That’s typically what gets us out in the mountains.”

On Sunday, dozens of people who knew Harms gathered in Aspen and skied a run in his honor. ”His passing leaves a big hole in the heli-ski industry,” Davenport said.

Sean McManamy, 38, was originally from Hanover, New Hampshire, but had moved to Alaska more than a decade ago to attend Alaska Pacific University and guide for Mountain Trip, a Colorado-based company that leads Denali mountaineering trips.

He guided more than 15 trips on Denali, along with heli-skiing work in the winter, said Bill Allen, the owner of Mountain Trip. More recently, he’d worked as operations manager for Mountain Trip.

McManamy was known for gentle humor and positivity, Allen said. He was married to a fellow Alaska mountain and heli-skiing guide. “He was the heart and soul of our operation in Anchorage,” said Allen.

Russell was a certified instrument helicopter pilot and flight instructor whose positions included one as an instructor with a Bend, Oregon, company.

“It’s definitely the job I’ve wanted since I started flying, so stoked to be working for Soloy!” Russell said in response to supportive comments. “Special thanks to all you who have helped me get here!”

Both Harms and McManamy were scheduled to start working with Valdez Heli-Ski Guides next week until the season ended in May, said owner Jeff Fraser.

This would have been McManamy’s first season. Harms had worked with the company for years, bringing his clients to ski rather than working full-time, Fraser said.

He couldn’t remember a fatal heli-ski crash in decades. 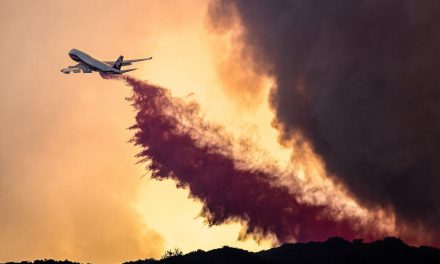