On September 22, 2020, about 1830 mountain daylight time, an Air Tractor AT-802A, N836MM, was substantially damaged when it was involved in an accident near Emmett, Idaho. The pilot was fatally injured. The airplane was operated as a Title 14 Code of Federal Regulations Part 91 aerial firefighting flight.

Witness conducting firefighting operations, adjacent the accident site, reported that the accident airplane, a single engine air tanker (SEAT), descended and made an approach similar to the previous SEATs that were dropping fire retardant. The witnesses said the airplane passed over the top of the ridge and descended into the valley, however, the pilot did not drop the fire retardant as previous SEATs did. The witnesses stated he heard a brief application of engine power as the airplane began to ascend over rising terrain at the pilot’s 12’oclock position. The airplane subsequently impacted rising terrain near the peak of the ridgeline.

A video provided by a witness captured the accident sequence. The recording showed the airplane descend over an intermediate ridgeline and into a valley. About 3 seconds later, the airplane momentarily returned to level flight before it pitched to a nose-high attitude. The airplane subsequently impacted rising terrain  approximately 80 feet below the ridgeline.

Examination of the accident site by a Federal Aviation Administration inspector revealed that the airplane impacted rising terrain. The wreckage debris path continued from the initial impact point over the top of a ridgeline, and extended into a small ravine. The airplane came to rest approximately 100 yards from the initial impact pointe on a heading of 040 degrees. All major structural components of the airplane were located throughout the wreckage debris path. The wreckage was recovered for further examination. 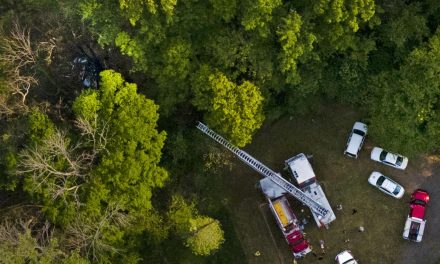 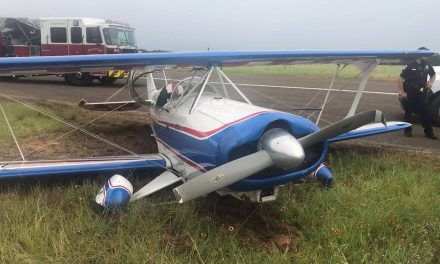 No one injured after plane skids off runway at Palestine airport