‘Airplane Flew Over The House Before Making A Climb Straight Up’

On June 16, 2020, about 0730 central daylight time, an Air Tractor AT-502B, N879JA, was substantially damaged when it was involved in an accident near Atmore, Alabama. The pilot was fatally injured. The airplane was operated as a Title 14 Code of Federal Regulations Part 137 aerial application flight.

According to the pilot’s spouse, he departed earlier on the morning of the accident to dispense two small “loads.” On his return home he called and asked her to come outside of their residence to watch the airplane fly over. She said that the airplane flew over the house before making a climb straight up. The airplane then banked to the left, rolled right, descended straight down, and she heard a loud “boom” shortly thereafter.

Two witnesses that were fishing on a nearby lake saw the airplane flying below the tree line before it climbed straight up. They said the airplane rolled and descended straight down nose first. They heard a “loud thud” and then silence. The witnesses contacted emergency services and assisted local responders in finding the wreckage.

A Federal Aviation Administration inspector examined the airframe prior to its recovery from the accident site, and noted that the nose, cockpit, and empennage area were crushed aft. Both wings displayed crush damage along their entire leading edges. The inspector confirmed flight control continuity from the elevator and rudder to the cockpit area. He also noted aileron cables extending from the cockpit area to their respective wing.

The engine and propeller were impact damaged and were recovered with the airframe for further examination. 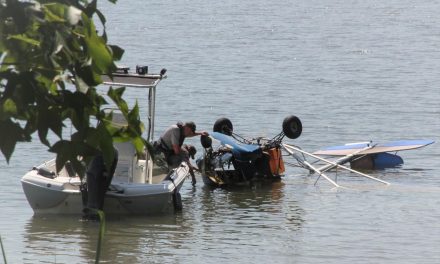 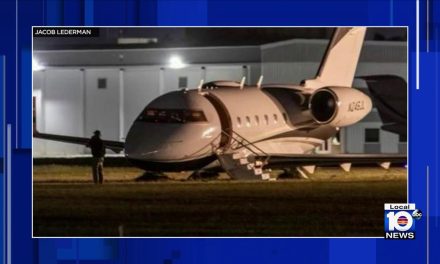